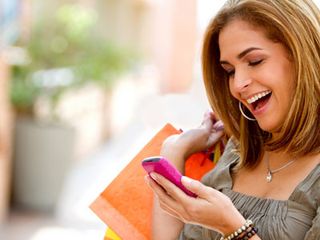 If you have Wi-Fi, a laptop and a DVD player in your home, but no smartphone, then you might be considered a "mature technophile."

At one extreme, super tech adopters, who apparently make up 31 percent of the U.S. population, are relatively young, well off, educated and the most likely to own a wide array of electronics. [9 Odd Ways Your Tech Devices May Injure You]

While 62 percent of Americans overall own a smartphone, 100 percent of super tech adopters have one. Virtually all super tech adopters (99 percent) also have wireless Internet at home, 95 percent have a laptop, 78 percent own a tablet and 68 percent subscribe to a streaming service like Netflix, Gallup found. The group is the youngest, with an average age of 39, and the majority (53 percent) earn $75,000 or more annually, while only 12 percent earn less than $30,000.

Another 19 percent of Americans are considered smartphone reliants. They're nearly just as likely to own a smartphone as super tech adopters (93 percent), but they're less likely to have other tech at home; just 65 percent own a laptop and 21 percent own a tablet, for example. While most other groups were pretty evenly split in terms of gender, a majority of smartphone reliants are women (58 percent). Only about a quarter (27 percent) have graduated college; about half (48 percent) are employed; and 46 percent earn between $30,000 and $75,000 each year.

Mature technopiles, like super tech adopters, report higher ownership of home electronics, such as desktop and laptop computers, tablets, E-readers and DVD or Blu-ray devices. However, these 22 percent of Americans are less likely to have made the jump from a basic cellphone to a smartphone, which might be explained by the fact that this group tends to be older (average age 50), according to Gallup.

With an average age of 58, tech-averse olders — as the name gives away — have low ownership rates of electronics across the board. Making up 28 percent of the U.S. population, just 16 percent have a smartphone and only 20 percent have wireless Internet in their homes. The gadgets they are most likely to own are DVD players (63 percent) and VCRs (60 percent), Gallup's analysis shows. But age may not be the only barrier keeping tech-averse olders from using more electronics: Most (56 percent) make less than $30,000 per year and two-thirds (68 percent) did not attend college.

Gallup officials say the results highlight some major electronics disparities in the United States, some of which could be explained by income or age. The pollsters say these gaps could affect how people across different tech-user types interact socially, stay informed and spend their time, as well as how they receive messages from political officials and advertisers.