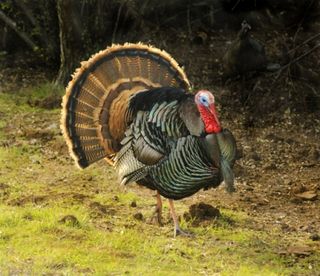 In recent years, consumers have had a growing appetite for making conscious choices about what they eat, and moving the food marketplace toward more humane and sustainable production practices.

In October, the HSUS's board of directors met in Washington, D.C., along with our Humane Society International board colleagues and our national council and state councils, and one topic we took up was that shifting consumer landscape regarding food and agriculture. Nebraska cattle rancher Kevin Fulton gave a rousing speech about factory farming and how that system of production torments animals and unravels rural communities, receiving a standing ovation from HSUS members.

In the United States and Canada, The HSUS has demonstrated that consumers will respond and make more informed choices in the marketplace if there is compelling information about animal cruelty and personal and public health — as with gestation crates, veal crates and battery cages.

But it was particularly heartening to read the recent story on the front page of the Washington Post about how demand for shark fin soup has declined in China, perhaps by half, since the non-profit organization Wild Aid (along with student campaigns and outreach events held by Humane Society International and the Jane Goodall Institute China's Roots and Shoots program) mounted a consumer campaign there about the cruelty of finning — a publicity campaign that featured basketball icon Yao Ming. The seeming success of this campaign is a reminder that well-executed education efforts can produce change, even in the most challenging settings.

For the last couple of years, New York Times columnist Nick Kristof has been trying to wake up consumers about the evils of factory farming — specifically the overuse of antibiotics and misuse of animals, who are crammed into small cages and living in overcrowded, inhumane environments. Recently, Kristof tackled that topic again, writing movingly about his childhood experiences on the farm where he grabbed geese and delivered them to the chopping block, watching as "one goose would emerge from the flock and walk tremulously toward me, terrified but unwilling to abandon its mate. It would waddle after me toward the chopping block, trying to honk comfort to its mate."

Kristof argued that we should start to think about the lowly chicken, who is not as dull as we've been led to believe. We raise and kill nearly nine billion of them a year and they have been bred for ludicrously fast and unhealthy growth, and there are not even humane slaughter standards to guarantee them a merciful death. "[J]ust as we try to protect dogs and cats from undue suffering, without necessarily considering them our equals, it makes sense to minimize animal suffering more broadly when we can," he added. "So even when there are no salmonella outbreaks, there are good reasons to keep away from wretched birds raised in factory farms."

We must do better, make more conscious choices, and bring a sense of urgency to how our daily lifestyle choices have such enormous consequences for the lives of other creatures. The HSUS promotes eating with conscience and we embrace the "Three Rs": reducing the consumption of meat and other animal-based foods; refining the diet by avoiding products from the worst production systems (e.g., switching to cage-free eggs); and replacing meat and other animal-based foods in the diet with plant-based foods. So this holiday season, be a conscious consumer. Consider planning a holiday menu focused on plant-based foods, or buy from a sustainable farmer.

Pacelle's most recent Op-Ed was "One Chimpanzee's Life is a Testament to Humanity" This article was adapted from "Food for Thought for Consumers," which first appeared on the HSUS blog A Humane Nation. The views expressed are those of the author and do not necessarily reflect the views of the publisher. This version of the article was originally published on LiveScience.