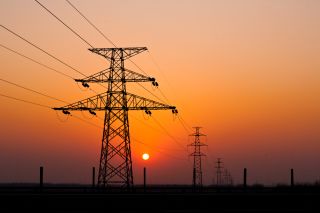 If recent, hand-wringing headlines are to be believed, the United States has fallen behind other developed nations in several areas: Infant mortality (now in 34th place), education (26th in math and 17th in reading) and economic competitiveness (from first place to seventh) are just a few metrics in which the United States has slipped.

You can now add one more item to that woeful list: America's physical infrastructure — such as roads, bridges and electrical utilities — has now fallen to 14th place, according to a 2013 report from the World Economic Forum.

And because so much of modern life relies on electricity, failures in the aging U.S. electric grid threaten to plunge parts of the country into darkness on a continuing basis. A number of experts, however, believe the solution is at hand: a smart grid. [Top 10 Alternative Energy Bets]

The term "smart grid" is a catchall phrase for an electrical grid that's integrated with a computerized, two-way communication network. Unlike the prevailing, older electrical grid that only sends electrical power one way — from a power plant to homes and offices — a smart grid also sends instantaneous feedback on power interruptions and electrical use, information that goes back to system operators.

The current electric grid found across the United States (and in many other countries) is a relic from the late 1800s, when local power plants supplied electricity to homes and businesses. Most buildings had just a few lights and, in later years, perhaps a radio.

Though energy demands are much higher now, and the average home relies on electricity for everything from air conditioning to wireless telecommunications, the electric grid in most communities still functions like it did in the 1800s.

That assumes, of course, that the current electric grid functions at all. In the event of a power outage, whether it's caused by a natural disaster or something as minor as a fallen tree branch, operators are forced to scramble to find out what happened, where and which service areas are affected.

All too often, officials resolve outages in a rather antiquated way: picking up the telephone and calling power plant operators to request more electricity to restore service. In these instances, electric power might come from "peaker plants," power-generating facilities called into service only during peak demand or service outages — a notoriously inefficient and expensive way to keep the lights on.

And besides being stretched to the limit, some of the current grid's physical equipment has aged to the point of obsolescence. As electricity flows through an overhead power line, the line gets hot and begins to sag, sometimes dropping below tree branches — and operators have no way of knowing about the line's status unless the power line is equipped with newer types of line sensors.

North America witnessed the effects of that state of affairs in August of 2003, when a hot, sagging power line in Ohio brushed against some trees, causing a local shutdown. That shutdown, in turn, caused other power lines to carry an extra power load, which eventually caused them to shut down, as well.

The cascading power failures expanded until they eventually threw 50 million people in eight states and parts of Canada into darkness for up to two days; the 2003 blackout ranks as the worst in U.S. history. And, given the outmoded state of the U.S. power grid, it could easily happen again. [Electric Earth: Stunning Images of Lightning]

One of the more remarkable features of a smart grid is its "self-healing" capacity, that is, its ability to automatically work around power failures by detecting and isolating outages, then rerouting electricity to meet demand, an ability that would have minimized or prevented the 2003 blackout.

"The self-healing grid can reduce power outages, minimize their length, detect abnormal signals (whether it's cyberattacks, material failure, human error or a storm that is beginning to blow), make adaptive reconfigurations to the system, and isolate disturbances to eliminate or at least minimize their impact on the larger system," said Massoud Amin, professor of electrical and computer engineering at the University of Minnesota.

A self-healing smart grid would be indispensable in the event of a natural disaster, when access to light, heat and communication can be lifesaving. Hurricane Sandy, which devastated parts of the East Coast in 2012, was a hard lesson for much of the U.S. power industry, as it exposed the many vulnerabilities of the nation's electrical network.

In the wake of Hurricane Sandy, utilities like New York's Consolidated Edison (ConEd) have taken steps to prepare for the next natural disaster, Amin said. ConEd has developed a "Post-Sandy Enhancement Plan," a $250-million program to bolster the resilience of the region's electrical grid.

In addition to other strategies, ConEd's post-Sandy plans call for increased smart-grid investments. "Smart-grid technologies give us tools that make the grid more flexible and responsive during extreme weather, which allows us to minimize power outages," the ConEd plan states.

"Smart-grid measures such as sectionalizing switches allow system operators to identify and isolate problem areas and rapidly bring power back to the surrounding areas, keeping more customers in service," the plan adds.

Other utilities are also girding for disasters, and everyday operations, by implementing smart-grid strategies. Beginning last year, business and residential customers in Idaho, Montana, Oregon, Washington and Wyoming participated in the two-year Pacific Northwest Grid Demonstration to assess how a smart grid could lower energy users' bills and improve service.

If these and other pilot programs demonstrate the real value that's been predicted for a smart grid, consumers nationwide can expect to see more smart grid development in the near future.