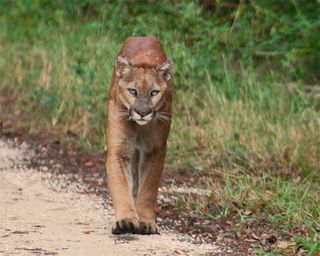 An endangered Florida panther was found shot dead over the weekend, in the Big Cypress National Preserve, a (supposedly) protected area for wildlife. The death is significant as there are only 100 to 160 Florida panthers remaining, scientists estimate.

The National Park Service is asking anybody with information to come forward. It's a crime to kill a panther, with a maximum penalty of a year in prison and a $100,000 fine, according to the Tampa Bay Times.

This is at least the fourth panther killed under mysterious circumstances in the past four years. A three-year investigation into an October 2009 shooting led to the arrest and conviction of "a bow hunter named Todd 'Scuttlebutt' Benfield, who admitted shooting the panther with an arrow 'because I thought the Florida panther was competing and interfering with my hunting,'" the Times reported.