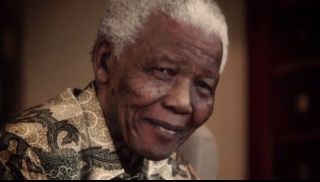 Nelson Mandela will be remembered as a beloved leader, a moral authority and an extraordinary human being. His passing at the age of 95, announced today (Dec. 5) brings both sadness and admiration for his singular achievements in the struggle for racial equality.

Imprisoned for 27 years for opposing the racist institution of apartheid, Mandela later became the first black president of South Africa, where he brought about a peaceful transition from the white-dominated government to a multiracial democracy.

"He stood for something very simple, which was for equality and fairness," said David James Smith, author of the biography "Young Mandela: The Revolutionary Years" (Little, Brown and Company, 2010). Mandela became a symbol of the struggle against apartheid in South Africa, Smith told LiveScience. [10 Historically Significant Protests]

Nelson Mandela was born in 1918 in the village of Mveso in Transkei, South Africa. As a young man, he studied law and became active in opposing colonialism. He joined the African National Congress and was arrested repeatedly for treasonous activities. Originally a supporter of nonviolent protest, Mandela later turned to militant means, co-founding a group that organized bombings of government targets. In 1962, he was convicted of sabotage and conspiring to overthrow the government, and sentenced to life in prison.

Mandela spent his 27 years in prison mostly on Robben Island, off the coast from Cape Town. An international campaign lobbied for his release, which was granted in 1990. He worked with South African President F.W. de Klerk to end apartheid, for which the two leaders would share the Nobel Peace Prize in 1993. Mandela was elected president in multiracial elections in 1994. He served for one term and chose not to run for re-election.

"His work in ending apartheid and inaugurating political democracy in South Africa is a singular achievement," said Barrymore Bogues, a professor of Africana Studies at Brown University in Providence, R.I. Mandela's ability to subordinate any personal resentment he may have had due to his imprisonment and work with others to bring about peaceful change gave him enormous moral authority, Bogues told LiveScience.

Some feared that when Mandela got out of prison, he would create chaos and drive white people away, Smith said, but Mandela "wanted to have peace, not more bloodshed." Smith said he can't think of anyone else who had the right qualities to make that very difficult transition. [Understanding the 10 Most Destructive Human Behaviors]

People held Mandela up as an ideal, Smith said — "And he came out and lived up to that ideal." South Africans often refer to Mandela as "Madiba," the name of his Xhosa clan, a sign of great honor.

Smith speaks of two Mandelas: "There's the icon, the person who became the figurehead in this campaign in transitioning from the oppressive apartheid government to black-majority rule. And then there's the ordinary person Mandela, at times a difficult father, husband and parent.

"He's not a superhuman figure," Bogues said. He has been divorced, and missed seeing some of his children grow up. Despite his authority, Mandela had all the marks of a human being, Bogues said. The professor has met Mandela, and called him "a very warm figure — somebody who listens very carefully to what you're saying." Mandela also had a sense of humor, Bogues added.

In late June, when Mandela was alive but in critical condition, President Barack Obama visited the site of the leader's imprisonment in South Africa as part of a three-nation trip. "Nelson Mandela showed us that one man's courage can move the world," Obama said in a speech at the University of Cape Town, Reuters reported at the time.

"It would have seemed inconceivable [during the 1960s] that less than 50 years later an African American president might address an integrated audience at South Africa's oldest university and that this same university would have conferred an honorary degree to a President Mandela," Obama said.

But not everyone welcomed Obama's visit. Outside the university, demonstrators gathered to protest against U.S. foreign policy. The police used rubber bullets and a stun grenades to disperse the protestors. Smith found these acts worrying.

"I think we're all afraid of what [Mandela's] death will mean," Smith said. Mandela seemed to be "the glue that's held South Africa together," Smith said, and the leader's passing could bring back troubling times.

"We've seen so many leaders in Africa come to power and become corrupted by the transition to power," Smith said. "Mandela seems to have risen above all that."