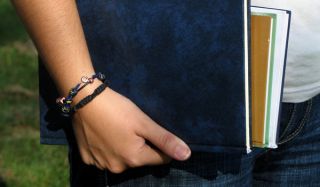 David Evans is the executive director of the National Science Teachers Association. He contributed this article to LiveScience's Expert Voices: Op-Ed & Insights.

Texas is again drawing attention for its actions to distort the integrity of science education.

Late last year, the Texas State Board of Education began the process of adopting textbooks for science classrooms — and because Texas is a large state with substantial buying power, it has significant influence on the textbooks available for classrooms across the nation.

The board engaged a textbook review team to evaluate proposed science textbooks submitted by publishers and to make recommendations regarding content and quality. School districts then use the approved textbook list to help them make purchasing decisions.

A former member of the Texas Board of Education — during the lame-duck period after she was voted out of office — placed well-known creationists and anti-evolutionists on the textbook review team. As expected, these reviewers strongly advocated for non-scientific claims to be presented alongside science. One reviewer even stated that "creation science based on Biblical principles should be incorporated into every Biology book that is up for adoption."

There are many ways that humans come to know, experience, understand and appreciate the world in which we live. Consider, for example, the different realms of religion, science and art. We can all appreciate the beauty of a sunset without understanding that its beauty comes from the energy of a thermonuclear reaction and the refraction of its light in the atmosphere. Likewise, understanding the scientific processes of the sunset does not prevent one from capturing its beauty on canvas or making a spiritual connection.

There are countless differing opinions about how best to educate our children, but presenting non-scientific or religious ideas in science class or in science textbooks is simply wrong and blurs the line about what is and what is not science. This will only confuse and mislead students and does nothing to improve the quality of science education and everything to weaken it. Decisions about what counts as science should not be a popularity contest. No matter how many people object, public schools must teach what the vast majority of scientists affirm as settled science.

Texas students deserve the best science education possible, as do students everywhere. This means teaching them sound science, including evolution by natural selection as a major unifying concept in science. It is firmly established as one of the most important and robust principles in science, and is the best and most complete scientific explanation we have for how life on Earth has changed and continues to change. Furthermore, the very foundation of science is grounded in, and based upon, evidence. Classrooms will use the textbooks Texas adopts for years (the last science textbook adoption was a decade ago). Compromising the integrity of science for a whole generation of students to satisfy a few vocal ideologues is simply not acceptable.

If Americans want to inspire and educate the next generation of scientists, innovators and informed citizens, we need to strengthen the teaching of science and provide support for — and encouragement to — science teachers as they do what they've been trained to: teach science, not religion or personal non-scientific views. We also need to provide teachers with the quality resources they need to teach science, including textbooks that include evolution as a unifying concept.

There is reason for optimism. According to the Texas Freedom Network (TFN), "publishers have to this point resisted the pressure from anti-science activists to undermine evolution coverage in proposed Texas science textbooks for the state's schools."

On behalf of NSTA's 55,000 members nationwide, we congratulate these publishers for standing up for science and rejecting non-science views.

The Texas Board of Education is expected to vote at its November meeting on the textbooks it thinks should be used by districts and schools. We encourage them to reject any pressure to promote any nonscientific views in its textbooks or classrooms.

You can join the many voices to both congratulate the textbook publishers and encourage the state board to reject pressure to include non-scientific views in science textbooks. And, check out NSTA's resources on the issues surrounding the teaching of evolution.

The views expressed are those of the author and do not necessarily reflect the views of the publisher. This the article was originally published on LiveScience.