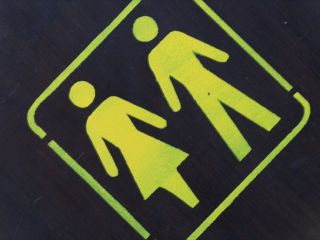 Photo taken by Edwin P. (EdwinP) There are no usage restrictions for this photo

The difference is most pronounced among pre-teens and teenagers.

"If you look at the ability of someone to perform well in a timed situation, females have a big advantage," said Stephen Camarata of Vanderbilt University.

The study did not reveal significant overall intelligence difference by gender, however.

"To truly understand a person's overall ability, it is important to also look at performance in un-timed situations," Camarata said. He thinks educators should pay attention to the results at a time when girls are generally outperforming boys in school.

"Consider that many classroom activities, including testing, are directly or indirectly related to processing speed," Camarata and colleague Richard Woodcock write in the May-June issue of the journal Intelligence. "The higher performance in females may contribute to a classroom culture that favors females, not because of teacher bias but because of inherent differences in sex processing speed."

The newly revealed gender gap in processing speed is not related to things like reaction time while playing a video game. "It's the ability to effectively, efficiently and accurately complete work that is of moderate difficulty," Camarata said.

Children in kindergarten and younger process tasks at similar speeds. The difference becomes pronounced in elementary school. On the portions of standardized tests that reflected processing speed, and among those age 14-18 in the study sample, girls scored an average of 105.5 whereas boys scored 97.4.