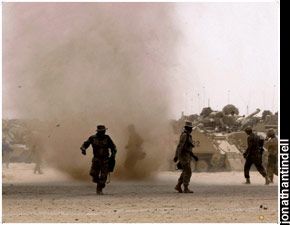 Young adults in Iran tend to support martyrdom more when they are thinking about their own mortality.

Likewise, Americans are more in favor of extreme military intervention when they are contemplating their own deaths.

In a new study, 40 Iranian college students heard statements supporting and opposing suicide bombing attacks on U.S. targets. A portion of the test subjects who were also asked to ponder their own deaths were more likely to favor the bombings and consider joining such a cause.

"Thoughts of death led young people in the Middle East who ordinarily preferred a person who took a pacifist stance to switch their allegiance to a person who advocated suicide bombings," the study authors write this month in the journal Personality and Social Psychology Bulletin. "These findings provide the first experimental evidence documenting the psychological determinants of the appeal of martyrdom."

A similar survey was done on 127 students at Rutgers University in New Jersey. They were asked whether they support extreme military actions such as the use of nuclear and chemical weapons and pre-emptive strikes against countries that might pose a threat to the United States.

Support for extreme measures increased among those Rutgers test subjects who were first asked to ponder their own deaths.

"Despite their differences, Americans and Iranians have something in common—thoughts of death increase the willingness of people from both nations to inflict harm on citizens of the other nation," the authors write. "The same psychological inclinations that make them want to kill us make us want to kill them—regardless of which specific group is referred to by the words 'us' and 'them.'"