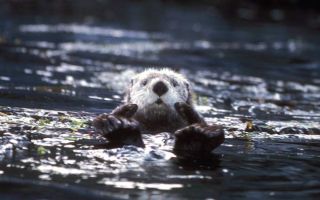 Canada's Lake Simcoe, some forty miles north of Toronto, supposedly holds a monster known as Igopogo (after its more famous relative Ogopogo, in Lake Okanagan, British Columbia) as well as other appellations. Residents of Beaverton, on the eastern shore, call it Beaverton Bessie, while others refer to it as Kempenfelt Kelly, after Kempenfelt Bay, which has the lake's deepest water and claims the most sightings.

Sources refer vaguely to early "Indian legends" of the monster and sporadic reports of a "sea serpent" in the lake during the nineteenth century. Important sightings occurred in 1952 and 1963, and a "sonar sounding of a large animal" in 1983 was followed by a videotape in 1991 of "a large, seal-like animal."

Behavior: Basks in the sun.

In August 2005, supported by Discovery Canada television's science program "Daily Planet," and by the tourism department of the city of Barrie, investigator Benjamin Radford and I went in search of the elusive creature. We conducted interviews and searched Kempenfelt Bay using a boat equipped with sonar and an underwater camera.

We first visited the home of local retired businessman Arch Brown, who told us he coined the name "Kempenfelt Kelly" and himself had had four sightings of the legendary monster. He acknowledged that he was predisposed to believe in the existence of the creature. His Scottish father had told him of the Loch Ness Monster, and, since he himself formerly resided in British Columbia, he well knew of Ogopogo there. When he moved to Barrie many years ago, he said, he was prompted by local reports to be "on the lookout" for the monster, spending many hours at the task.

Over the years he had no fewer than four sightings—all from a distance, unfortunately. Once he saw the creature from an estimated quarter of a mile away, but nevertheless described it as being ten feet long and having a dark-gray, serpentlike body and a dog-shaped head. It swam, he told us, with an undulating, up-and-down motion. Less seriously, he added that it had "an impish look" and a kind disposition that kept it from frightening children.

Like many of the other sightings, his could be reasonably explained as otters swimming in a line, diving and resurfacing. Our boat captain, Jerry Clayton, specifically mentioned otters as a likelihood for some sightings. Brown himself acknowledged that there are otters—as well as beavers, mink, and other animals—in the vicinity, although he did not believe any of these were responsible for his sightings.

As to the 1983 sonar report, Clayton showed us on his sonar screen what were clearly individual fish, as well as occasional larger forms that he attributed to schools of small fish being "read" by the sonar as a single unit. The underwater camera showed only non-monstrous fish. Clayton told us he had been on Lake Simcoe for eighteen years.

"I've dragged a lot of lines for a lot of miles here on this lake, and—nothing," he said.

Our search for Igopogo ended without finding good evidence for the monster, but the sightings will surely continue as long as people believe it exists in the cold waters of Lake Simcoe.

Joe Nickell is Senior Research Fellow at the Committee for the Scientific Investigation of Claims of the Paranormal; he is co-author (with Benjamin Radford) of "Lake Monster Mysteries," which will be published in May 2006.

The sightings in Lake Simcoe could be explained by several otters, such as this one, swimming together.