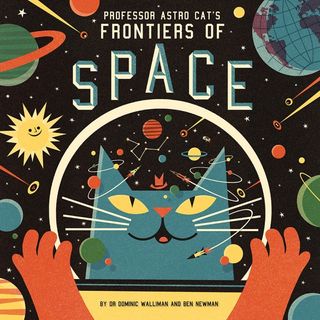 NEW YORK — Amid the superheroes, cult TV shows and video games at New York Comic Con 2013, an observer might consider a panel on science out of place.

But theoretical physicist Brian Greene says it's just the opposite: "Science is a dramatic story of discovery. It's a story that requires imagination. It requires flights of fancy," he told the audience at the Comic Con panel "When Science Gets Graphic" on Oct. 13, hosted by the World Science Festival.

To illustrate his point, Greene, founder of the World Science Festival, said that while telling his son bedtime stories, he would weave in topics from his own research, such as string theory, black holes and the speed of light. One night, Greene's son asked him, "What about the speed of dark?"

"It was just a great, crystallizing moment for me, because these flights of fancy —especially when they're filtered through a mind that's still agile and fertile — can take these ideas to an unexpected and unusual place," Greene told the audience.

The graphic novels featured at the panel do just that: From biography to children's books to hard science-fiction, the featured graphic novels by writers Jim Ottaviani, Dominic Walliman and Charles Soule all share a strong focus on storytelling that's based on real science.

The book's illustrations, drawn by Maris Wicks, show what Goodall, Fossey and Galdikas' daily life was like in Tanzania, Rwanda and Borneo, respectively. Readers will also get a better sense of the primatologists' research through the book's depictions of the primates' biology and habitats.

Graphic novels like this one are the perfect medium to explain science, he noted. "Scientists use pictures to communicate. …This is the way scientists work; this is how they communicate with each other — and comics as a means for communicating science and the joy of discovery is, in fact, quite natural," Ottaviani said. "I have yet to meet a scientist who doesn't think that that's true."

But for the sake of the story's flow, Ottaviani said he had to leave out certain aspects of the science featured in his books. "I don't think there's any storytelling medium that doesn't have limitations to it," he said.

"What I wanted to do was make an approachable, fun, accessible voyage through all aspects of space, from the Big Bang through to the end of stars," said Walliman, who works at D-Wave, a Canada-based company that develops quantum computers.

In the novel, whimsical illustrations by Ben Newman let a fastidious feline do the talking, teaching kids about gravity, extraterrestrial life, time and other out-of-this-world topics.

"It was a real challenge to try to fit all of that science into a format [for children]," he said. "It was so tempting to put way more information in than I did in the end."

He may not be a professionally trained scientist, but Soule is well-known in the comic-book world for his work with DC Comics and Marvel Comics.

"Strange Attractors" (Archaia Entertainment, May 2013) follows an elderly genius mathematician who is able to model, and even control, the movement of the city's inhabitants. Now, the city is in danger, and the mathematician takes on a young apprentice to help him find a way to save it. [The 9 Most Massive Numbers in Existence]

The book is realistic fiction, and centers around the characters' use of "chaos theory," or the mathematical study of large, ever-changing systems.

"I'm not a mathematician; I'm not an expert at all," Soule said. "But [math] is something that I have a strong layman's interest in." His workaround? Soule finds "people who are smarter than me" to explain the mind-boggling concepts.

He also discussed the challenges of illustrating the complex models used in chaos theory in a way that readers could understand. At the same time, he and artist Greg Scott wanted to capture the beauty of many of these models and maps. (Painter Robert Saywitz and colorist Art Lyon also worked on the novel.)

Soule is also working on "Letter 44," a graphic novel that will be released in monthly issues starting Oct. 16.

A political science-fiction thriller, "Letter 44" follows a new president who discovers that U.S. officials have found alien life in the asteroid belt and that there's a spaceship already en route to make first contact with them.

"I did a lot of work trying to figure out what real-world technology we'd use," Soule said. "The genesis of that series was to really think about what would get us back in space. I was thinking, 'If we found aliens in the asteroid belt, that might do it!'"