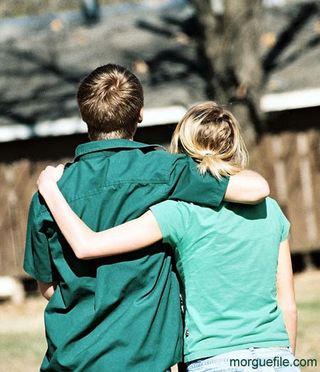 A study Baltimore teens concludes the average age for first-time sex is 14.8 years, compared to 16.4 across the nation.

Nearly 42 percent had engaged in vaginal intercourse by the age of 14, and 26 percent had done so before age 14.

A study last year found that 19.5 percent of the ninth-graders in California had tried oral sex and 13.5 percent have had vaginal sex.

Ompad said emphasis on abstinence-based sex education might no longer be relevant.

"Sex education and intervention programs should address the risk for the unintended consequences of sexual behaviors," Ompad said, adding that the education should include discussion of using condoms for disease prevention and using birth control for pregnancy prevention.

The study, announced this week, actually began in 1985 as researchers began tracking behaviors in first-graders from 19 public schools in Baltimore. From 1998 to 2002, 1,679 participants were interviewed by telephone as they reached the ages of 18-19.