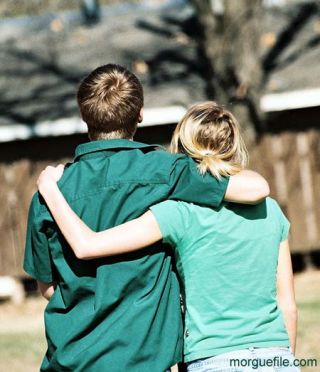 Media with high sexual content is fueling the sex life of teenagers, suggests a new study that surveyed 1,017 black and white teens between the ages of 12 and 14.

The study analyzed 308 different television shows, movies, songs, and magazines commonly used by teenagers and calculated each teens “sexual media diet.” The researchers then followed up with each teen two years later inquiring about their sexual behavior.

As it turns out, white teens who use media with high sexual content were more than two times as likely to have sex by the time they were 16 years old than those who used less. In black teens the relationship was not as solid.

Teens are looking to entertainment media for sexual information because they don't receive it from other sources, said Jane Brown, a professor at University of North Carolina and the principal investigator of the study. "Unfortunately, the media aren't the best sex educators. The media tend to leave out the crucial three C's: commitment, contraception and consequences."

The scientists found that the best way to protect teenagers from early sexual engagement is for parents to communicate on the topic with their kids.

Both black and white teens whose parents disapproved of early sexual activities were less likely to have sex by the time they were 16, the survey found.  Those who didn't get a clear sense of disapproval from their parents were more likely to engage in sexual activities.

The researchers believe that teachers, parents, and media should educate teens in order to give them the proper tools to make decisions about their sexual life.

"Otherwise, the media will continue to serve as a kind of sexual super peer that doesn't have the best interests of young people in mind," Brown said.