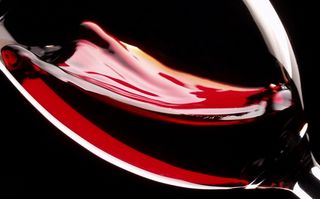 Resveratrol, a chemical found in red wine that is often touted for its anti-aging benefits, is chemically active in cells, which has been doubted, according to new research.

Despite earlier research on resveratrol's activity in the human body that cast doubt on its potential to benefit people's health, the new findings show the compound can be converted in the body into its active form, which cells can use.

That conclusion, published today (Oct. 2) in the journal Science Translational Medicine, bolsters the notion that the compound could have health benefits. [4 Foods That Are Good Sources of Resveratrol]

Resveratrol is found in the skin of red grapes, dark chocolate and other foods, and many believe it has potential health benefits. Some research has found that the compound can activate a chemical pathway in cells linked to slower aging, and other studies have tied it to cardiovascular benefits and anti-cancer effects.

However, studies of the compound in people and animals have yielded mixed results. One found that resveratrol extends the life span of fat mice, but has no benefit for their lean counterparts. And a 2012 study in Cell Metabolism found that healthy people taking resveratrol supplements gained no benefit from them.

In addition, researchers weren't sure how resveratrol could be active biologically.

"One of the major problems is that when you eat it, it's very, very quickly converted by the body into sulfate and gluconoride metabolites," said study co-author Karen Brown, a cancer researcher at the University of Leicester in England.

Some scientists doubted that resveratrol sulfate, the modified form of the chemical, was active in the body.

To see how the body used the red wine compound, Brown and her colleagues fed mice resveratrol sulfate, the modified form of the chemical. The researchers then measured the levels of pure resveratrol in the mice's plasma and other tissues.

The team found that the mouse cells contained resveratrol -- the original form of the compound. It turns out that once inside cells, an enzyme removes the sulfate group from the compound, allowing the original chemical to be used by the cells.

That suggests resveratrol can be biologically active, even if the body converts into its modified form.

In another experiment, the team showed that resveratrol sulfate could be converted back into resveratrol in human bowel cancer cells, and it slowed the cells' growth and division.

More research should determine whether, and in what conditions, resveratrol has health benefits, but the new findings may remove one roadblock to that research, Brown said.

"We have known that it's metabolized very fast, and that's just made people skeptical" about doing clinical trials, Brown told LiveScience.

Their findings suggest those trials are worth doing, she said.

In addition, several companies are working to create forms of resveratrol that can't be modified into resveratrol sulfate. But that may not be necessary or beneficial, if the body can process the chemical in its pure form, she said.