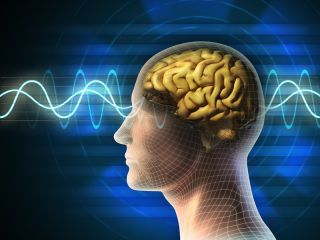 Nearly two-thirds of Americans mistakenly believe that humans use only 10 percent of their brains, according to a new poll on brain health.

The poll, which surveyed more than 2,000 Americans, found that 65 percent of respondents agreed with the statement "People only use 10 percent of their brains on a daily basis."

In reality, that statement is a myth. Brain imaging technology shows that people use their entire brains. Although not all parts of the brain are active at the same time (just like people don't use all their muscles at once), throughout the day, all the parts of the brain will be used.

Americans also have other misperceptions about the brain and brain diseases, according to the new poll, which was conducted by Harris Interactive on behalf of The Michael J. Fox Foundation, a nonprofit organization that funds research on Parkinson's disease. [10 Things You Didn't Know About the Brain]

For instance, those surveyed said on average they thought 36 percent of Americans would develop a brain disease in their lifetimes, but the actual number is closer to 60 percent.

Only about half of survey participants knew that loss of the sense of smell is a sign of a brain disease. A loss of smell has been linked with all brain diseases, and more than 95 percent of patients with Parkinson's disease have lost some of their sense of smell by the time they are diagnosed, the Michael J. Fox Foundation says.

One of the goals the foundation had in conducting the survey was to gauge how involved Americans feel in the search for disease cures. Just 31 percent said they thought they could personally help to find a cure.

However, "there are many ways patients and their loved ones can help accelerate the search for cures," Deborah W. Brooks, co-founder and executive vice chairman of The Michael J. Fox Foundation, said in a statement.These include"participating in clinical (human) research studies, providing a one-off blood or saliva sample for genetic testing, or even just completing a survey," Brooks said.