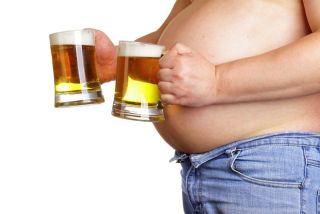 A 61-year-old man in Texas didn't have to drink alcohol to get drunk — his gut bacteria brewed the alcohol for him, according to a recent report of the unusual case.

The report says the man had "Gut Fermentation Syndrome," a rare condition in which yeast — in this case, the brewer's yeast Saccharomyces cerevisiae — take up residence in a person's gut and cause  the sugars and carbohydrates to ferment into ethanol.

Using a breathalyzer, the man's wife (a nurse) found that her husband's blood alcohol level could be as high as 0.4 percent, even though he reported drinking no alcohol. That's about five times the legal limit of 0.08 percent for an adult in the U.S. operating a motor vehicle. [Raise Your Glass: 10 Intoxicating Beer Facts]

The man experienced episodes of drunkenness starting in 2004, and in 2009, had to be hospitalized for alcohol intoxication. The man said he had not ingested alcohol that day, but the hospital staff believed he was a closet drinker, the report says.

In 2010, the man was observed in a hospital room for 24 hours without access to alcohol. After eating snacks high in carbohydrates, his blood alcohol level rose to 12 percent. Tests revealed the presence of Saccharomyces cerevisiae in his stool.

The man was treated with anti-fungal medications, and also took supplements containing "good" bacteria to re-populate his gut. He stuck to a no-sugar, no-carbohydrates, no-alcohol diet for six weeks. His blood alcohol level subsequently dropped to 0 percent, and his stool tested negative for Saccharomyces cerevisiae.

"This is a rare syndrome, but should be recognized because of the social implications such as loss of job, relationship difficulties, stigma, and even possible arrest and incarceration," the researchers, from Panola College in Carthage, Texas, write in the July issue of the journal International Journal of Clinical Medicine. "It would behoove health care providers to listen more carefully to the intoxicated patient who denies ingesting alcohol," they said.