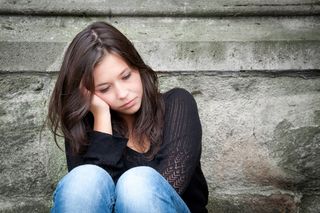 Jennifer Buffett is co-chair and president of the NoVo Foundation, a philanthropic organization focused on the empowerment of girls and women. This article is adapted from an article for the Skoll World Forum published in partnership with Forbes. The authors contributed this article to LiveScience's Expert Voices: Op-Ed & Insights.

In a few weeks' time, leaders from around the globe will travel to New York City to hear U.N. Secretary General Ban Ki-moon's recommendations on how to address one of the most pressing issues of our time: eradicating global poverty.

This month's annual meeting of the United Nations General Assembly marks 13 years since the historic Millennium Summit led to the creation of the Millennium Development Goals. As their 2015 expiration approaches, it's worth noting the tremendous progress that has been made to reduce the number of people living in extreme poverty. But, there is much work left to be done.

As political leaders and policy experts come together to craft a post-2015 development framework, now is our chance to make sure they place girls at the center. Unleashing the potential of adolescent girls is critical to accelerating progress on some of the toughest challenges facing the world today — including ending global poverty.

There is clear evidence that girls are key to the poverty solution. For example, the World Bank's 2012 World Development Report found that girls completing secondary school in Kenya would add $27 billion to the economy over their lifetimes. Additionally, if girls in Nigeria had the same employment rates as boys, the country would add $13.9 billion annually. By investing in girls' economic potential, delaying child marriage and teen pregnancy , and increasing girls' access to education, society can break the cycle of poverty.

To do this well, we must ensure that girls' voices are an essential part of the development conversation. We have already seen the impact of including girls' voices and learning from their insight. Over the past few months, our partners have conducted Girl Effect consultations around the world to hear directly from girls about what resources they need to reach their full potential. Thanks to the great work of Plan International, Save the Children, Women for Women, World YWCA, Eastern Congo Initiative, Population and Reproductive Health Initiative, Girl Hub and the Nike Foundation, Girl Effect consultations have visited more than 500 girls in 14 countries to represent the 250 million girls currently living in poverty.

The girls were from big cities, small towns and remote villages, and they were from a wide range of cultures and different political environments. Many girls had never had the opportunity to voice their opinions to decision makers and make recommendations for change. The Girl Effect consultations offered a window into what living in poverty means to girls and gave richer meaning to the economic evidence for a girl-centered development framework.

Here's what we learned from the effort: Girls said that they are emotionally burdened with few outlets for release. They often live in constant shame, fear and sadness, and they have difficulty talking about "taboo" issues. Girls want to be less isolated, and to feel safe and supported amongst friends, family and their extended community. They want to be given the opportunity to go after their dreams of being teachers, doctors and leaders in the community.

And, they want those with power to prioritize their lives and their dreams.

All of the girls' voices have been woven together to create a Girl Declaration. It lays out an action-agenda for girls, by girls; it reflects key evidence from the international development community about the issues that are most important to girls' development. The Girl Declaration offers a new set of development goals: a call to action to center adolescent girls in the post-2015 development agenda, and a framework for how to do this.

The Girl Declaration will launch in the lead up to the International Day of the Girl in October. As we look forward to plans for post-2015 and beyond, now is the moment to ensure that girls are not forgotten and that we learn from their rich insights. It is their voices that must guide us in our efforts to break cycles of poverty for girls, their communities and the world.

This Op-Ed originally appeared as "Extreme Poverty Can Be Eradicated By 2030 – But Only If We Put Adolescent Girls At The Heart Of The Post-2015 Agenda" on the Skoll World Forum on Social Entrepreneurship, a premier international platform for accelerating entrepreneurial approaches and innovative solutions to the world's most pressing social issues. The views expressed are those of the author and do not necessarily reflect the views of the publisher. This version of the article was originally published on LiveScience.