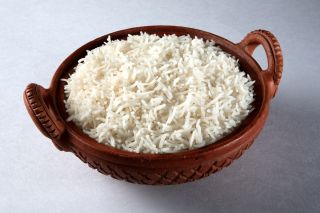 Levels of arsenic in rice appear to be too low to pose health risks over the short term, the Food and Drug Administration said today (Sept. 6).

The announcement comes after concerns about arsenic levels in rice prompted the agency to analyze more than 1,300 samples of rice and rice products, testing them for both total arsenic and inorganic arsenic - a form of arsenic that has been linked to cancer.

Average levels of inorganic arsenic in rice grains were between 2.6 and 7.2 micrograms per serving. Instant rice tended to have levels on the low end of this range, while brown rice had levels on the high end, the FDA said.

Products made from rice, such as infant formula, had lower levels of inorganic arsenic, ranging from 0.1 to 6.6 micrograms per serving. [5 Things You Should Know About Arsenic]

The FDA still needs to assess whether arsenic in rice might pose health risks over the long term (from exposure over many years), and whether certain groups of people, such as pregnant women or children, might be more vulnerable to health effects.

In the meantime, the FDA echoed advice it gave last year regarding concerns about consuming arsenic in rice: people should eat a balanced diet in order to minimize the health effects that could come from eating too much of any one food. Consumers should vary their grains - for instance, by eating wheat, barley or oats, as well as rice.

Parents can also consider alternatives to rice-based foods as their child's first solid foods, the FDA said. Research suggests that rice cereal has no advantage over other grains as an infant's first food.

Earlier this year, the FDA set a limit for the first time on the amount of arsenic allowed in apple juice, at 10 parts per billion (ppb), which is the same amount allowed in drinking water.

Because rice is grown in water and takes in more arsenic, it has higher levels than other foods, said Suzanne C. Fitzpatrick, the senior adviser for toxicology in FDA's Center for Food Safety and Applied Nutrition.

A study published in 2011 found that people who eat more rice have higher levels of arsenic in their systems. In that study, researchers found that eating just over a half-cup of cooked rice is equivalent to drinking 34 ounces (one liter) of water containing the maximum amount of arsenic allowed by the federal limit.

Just how much rice you'd need to consume for it to affect your health is unknown. But it's thought that 10 grams of arsenic over a lifetime would increase the risk of diseases such as cancer, Christopher States, a toxicologist at the University of Louisville in Kentucky, told LiveScience in a 2011 interview. Because levels of arsenic in rice are on the order of one-millionth of a gram, a person would have to eat "a ton" of rice to get to this amount, States said.