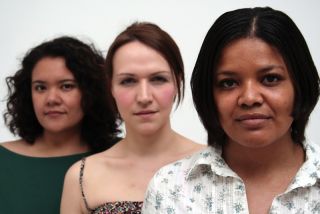 Is America really a melting pot? A recent poll from Reuters/Ipsos calls that myth into question.

The nationwide poll revealed that 40 percent of white Americans have only white friends. And among non-white Americans, about 25 percent associate exclusively with members of their own race, according to the Atlanta Journal-Constitution.

"This country has a pretty long history of restriction on interracial contact, and for whites and blacks, even though it's in the past, there are still echoes of this," Ann Morning, an associate professor in the department of sociology at New York University, told The Raw Story.

The poll results also show that interracial relationships vary significantly from region to region, from race to race, and among different age groups. Residents of the West Coast and Hawaii had the greatest number of friends from different races; Southerners, meanwhile, had the fewest.

Hispanics emerged as the group most likely to have an interracial relationship: Nearly one-half of Hispanics who are in a relationship reported having a spouse or partner who is non-Hispanic, compared to just one-tenth of whites and blacks.

These poll results have particular resonance after the racially charged George Zimmerman trial, in which Zimmerman was acquitted in the shooting death of black teenager Trayvon Martin.

Following that verdict, President Barack Obama called on Americans to see beyond race. "Each successive generation seems to be making progress in changing attitudes when it comes to race," Obama said. "They're better than we are — they're better than we were — on these issues."

The poll results appear to support Obama's comments: About one-third of Americans under age 30 who are in a relationship have a spouse or partner of a different race, and just one of every 10 adults under 30 claims to have no interracial coworkers, friends or family members.

“There’s a big difference now," Carlon Carter of Birmingham, Ala., told The Raw Story. "We don’t see each other so much like 'you’re white and I’m black.' If you like the same thing I like, then that’s all that matters."