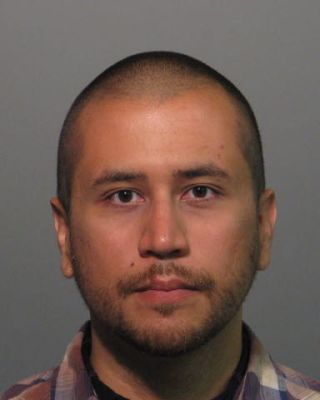 The American public is divided, largely along racial and political lines, over George Zimmerman's acquittal and the conversation it has sparked about race, according to a new poll.

The survey by the Pew Research Center drew from phone interviews with 1,480 adults across the nation conducted July 17-21. Overall, 42 percent of respondents said they are dissatisfied with Zimmerman's not-guilty verdict in the death of 17-year-old Trayvon Martin, compared with 39 percent who said they are satisfied, and 19 percent who offered no opinion. About half (52 percent) said the issue of race is getting too much attention in the aftermath of the trial, while 36 percent think the case is generating a necessary discussion about race.

But reaction to the case looks far more lopsided when the survey participants' race is considered. Blacks are dissatisfied with the verdict by a staggering 86-percent to 5-percent margin, the poll found, and 78 percent say the case raises important questions about race, Pew found. [10 Historically Significant Political Protests]

Among whites, 49 percent are satisfied with the trial's outcome, compared with 30 percent who are dissatisfied, and 60 percent say the issue of race is getting more attention than it deserves, the poll found.

Gaps emerged through other demographic filters like gender and age. Younger people are more likely to be unhappy with the verdict (53 percent among adults under 30) than those 65 and older (33 percent), the poll showed; women are more likely than men to be displeased with Zimmerman's acquittal (48 percent compared with 36 percent).

Zimmerman, then a neighborhood watch volunteer, claimed he was acting in self-defense when he shot Martin, an unarmed black teenager, during a confrontation in Sanford, Fla., last year. On July 13, a jury found Zimmerman not guilty of second-degree murder in Martin's death. The decision sparked protests and commemorations of Martin that continued through this weekend. President Barack Obama addressed the verdict in a surprise appearance at Friday's White House press briefing, saying "Trayvon Martin could have been me 35 years ago."

Obama also called for a rethinking of broad self-defense laws, like Florida's Stand Your Ground law, which was key to Zimmerman's defense. He asked the public to imagine if Martin could have "stood his ground" on that sidewalk, if he was of age, armed and felt threatened.