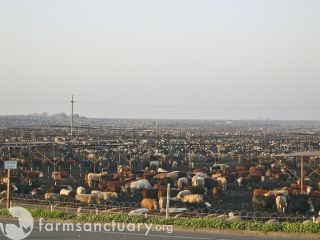 As members of Congress left Washington and returned to their districts for the August recess, opposition to the farm bill amendment introduced by Rep. Steve King (R-Iowa), began to swell. The King amendment is a sort of legislative kudzu, so invasive and dangerous it could crowd out hundreds of state and local laws setting appropriate standards for agriculture.

For the animal welfare movement, to put a fine point on its impact, King's measure could easily repeal all the state laws against shark finning, puppy mills, extreme confinement of farm animals and the slaughter and sale of meat from horses, dogs and cats.

Written by a man I believe to be one of the most radical members of Congress — and a man who has also opposed federal measures to crack down on animal fighting and horse slaughter, opposed federal animal welfare standards for laying hens and was even against a federal policy to help pets in disasters — the amendment is an attack on states' rights to impose reasonable standards on agriculture to protect animals , workers, the environment and consumers.

In King, we have a person who, for all practical purposes, opposes all laws for animal welfare.

In a bipartisan show of force against the King amendment, 166 House lawmakers wrote to the leadership of their chamber's agriculture committee expressing opposition. The letter from Democratic members, led by Reps. Kurt Schrader (D-Ore.) and Gary Peters (D-Mich.), noted that "[t]his provision threatens to undermine an untold number of duly-enacted state laws and regulations affecting agricultural production."

The letter from House Republicans, led by Rep. John Campbell (R-Calif.), explained that the "King amendment is very broadly written to nullify state laws that impose 'a standard or condition' on agricultural products and to establish federal supremacy." They added: "[t]he federal government should play a complementary role to the states on agriculture policy, rather than rendering them powerless …" and that the "King amendment … could jeopardize the entire farm bill."

With many lawmakers conducting public events in their district — or by conference call with constituents — this month, it would be a good time for Americans to personally reach out to their members of Congress, urging them to reject the King amendment and to oppose the farm bill if it contains the King amendment or anything like it.

The HSUS has set up a site to help you contact your member of Congress — use it to ask his or her office staff if there are any public events this August, since you want to speak with your lawmaker about the threats posed to animals by the King amendment.

Pacelle's most recent Op-Ed was Advocates Creating Safety Net for Dogs in Need. This article was adapted from King Delivers Legislative Kudzu in Farm Bill, which first appeared as on the HSUS blog A Humane Nation. The views expressed are those of the author and do not necessarily reflect the views of the publisher. This article was originally published on LiveScience.com.