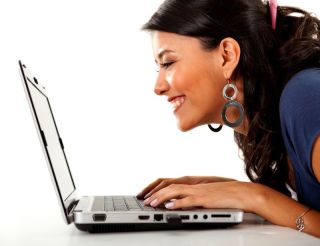 It may sometimes seem that commenters on online news stories are usually angry, but a new study finds that just one positive comment could hold sizable sway over popular opinion.

In the study, when a positive comment on an online news story was posted, it increased by 32 percent the odds that the next person who commented on the article would give it a favorable rating, compared with a neutral comment.

On average, an initial positive comment also made the story 25 percent more likely to end up with a overall positive final review, the researchers found.

"I was surprised at the magnitude of the effect on the positive side," said study researcher Sinan Aral, an associate professor of IT and marketing at the MIT Sloan School of Management in Cambridge, Mass.

In other words, after reading a positive comment, or seeing a "like" rating or a thumbs-up vote, there's a tendency among online users to follow the herd and behave similarly.

The next person leaving an opinion is more likely to also rate the story favorably. As a result of this social influence, positive ratings tend to accumulate, leading to a higher final rating.

"This is the behavior that underlies 'bubbles,' whether in real estate or the stock market," Aral said. "It inflates the value of things above their actual value in society."

The findings are published online today (Aug. 8) in the journal Science.

For the study, researchers were allowed to manipulate the ratings for every user comment posted on a social aggregation news site similar to Reddit or Digg (for confidentiality reasons, Aral could not disclose which site the researchers used).

Each comment was randomly given either a positive "up" vote, a negative "down" vote or no vote at all, which served as the control.

More than 100,000 comments were submitted to the site during the five-month study.  These comments were viewed more than 10 million times, and were rated again by users more than 308,000 times. [Top 10 Disruptive Technologies]

Although researchers found evidence that social influence affected the rating behavior toward positive comments, they did not observe this pattern for negative comments.

After seeing a negative opinion online, a small proportion of people did follow along and also comment negatively, the study revealed. But even more people were inclined to comment positively, which researchers believe results from a crowd correction effect that neutralizes, or cancels out the negativity.

"These online ratings are actually changing opinion in a biased way," Aral said. "They are affecting people's judgments, or perceptions on quality."

While this study evaluated data from a news site, Aral said the findings would also apply to other online ratings, such as product reviews or videos.

Interestingly, the study also showed different effects across news topics. Positive herding behavior — a tendency to follow group opinion — was seen with the ratings of politics, culture and society, and business stories, a pattern that was not evident for stories covering economics, technology and general news.

Although the reasons are unclear, Aral suspects that a story on culture and society, for example, may be more subjective and opinion-based than a more objective and fact-based news item.

People tend to be more positive in the way they rate and evaluate products online, said Rosanna Guadagno, professor of social psychology and director of the online social influence lab at the University of Alabama in Tuscaloosa.

"This study does a good job of documenting and providing evidence that online ratings tend to skew positive," Guadagno said.

But a positive bias can make it difficult for people to decide what products to buy, because ratings aren't all that accurate, she said.

"You often get the incredibly happy customers and those who are really disgruntled," Guadagno said. "You don't always get those people in the middle."

Guadagno also said the new study was interesting because negative comments were effectively neutralized by the rating system.

"This is surprising because most research in social norms says that people will follow the behavior of others," she said. But the researchers only found herding behavior linked with positive comments and not negative ones, and it may have been expected in both.

Online behavior lacks a global set of norms, so people are more likely to look to others to tell them what to do, Guadagno said.