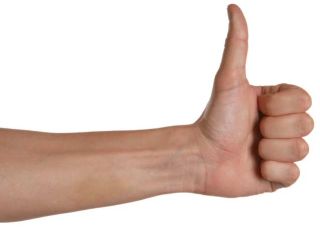 There is no clear-cut answer yet on whether being upbeat can keep you healthy or cure anything. But there is evidence suggesting a connection.

You might call Maarten van der Weijden the anti-Lance Armstrong. Last week, the Dutch Olympic long-distance swimming champion and cancer survivor told the British newspaper The Telegraph that he didn't want to be compared to the American cycling star.

"Armstrong says that positive thinking and doing a lot of sports can save you. I don't agree," said van der Weijden. "I even think it's dangerous because it implies that if you are not a positive thinker all the time you lose ... The doctors saved me. I am just lucky."

Van der Weijden's comments cut to the heart of an ongoing debate in the medical community. Can patients really improve their chances of survival by staying upbeat and happy? Experts say the American public has largely accepted this as fact. But, scientifically speaking, questions remain regarding whether this works, how it would work, and what such a connection would mean for patients who don't get better.

There certainly is an appeal to believing that you have some level of control over a debilitating illness. "I think it's part of the American spirit," said James Coyne, director of the behavioral oncology program at the Abramson Cancer Center and professor of psychology at the University of Pennsylvania School of Medicine. "There's this idea that you can succeed and conquer anything, even illness, on the basis of your character."

And studies showing a possible connection between positive thinking and health are frequently in the news. For instance, work by researchers at Ben-Gurion University in Israel suggested that women who've faced several life challenges, such as a death in the family or divorce, are more likely to be diagnosed with breast cancer than peers who've had more stable, happy lives. The results were detailed in the Aug. 21 issue of the journal BMC Cancer.

The same study also found that women with cancer were more likely to report that, prior to diagnosis, they had been anxious or depressed and that bad things had happened in their lives.

Ronit Peled, one of the Ben-Gurion University researchers, said this was evidence for a relationship between emotional well-being and the risk of contracting cancer. "The main message from my point of view is that young women who have severe life events at a young age should be considered a risk group for breast cancer and treated accordingly," she said. "But general feelings of happiness and optimism in one's life can play a protective role."

Coyne said the public often takes news like this to mean that positive thinking has been unequivocally proven to be good for your health.

But the truth is a little more complicated.

How do you feel?

In reality, there is no clear-cut answer yet on whether being upbeat can keep you healthy or cure anything, Peled and Coyne both said. Research on the subject is divided between studies like Peled's and studies like the one Coyne did, detailed in December 2007 in the journal Cancer, which found that emotional well-being wasn't an accurate predictor of whether or not patients with neck and head cancer survived.

Coyne is particularly skeptical of positive thinking's power over cancer. "The problem with cancer is that it's so complex. By the time you're diagnosed it may have been building for decades," he said.

For other diseases, though, the scientific outlook is sunnier. Coyne said there's evidence that mood can predict whether someone who has had one heart attack will have another. And he said there is a biological explanation for why this might be possible.

Little research has been done on the biological basis of positive thinking as a therapeutic treatment for illness, but Coyne said scientists know the brain and the immune system communicate. Given that scientists also know the immune system plays a role in inflammation of the arteries, which can play a role in heart attack, it's reasonable to think that heart attacks could be tied back to things going on in the brain.

However, when Coyne and other researchers tried to intercede and treat depression among heart attack patients, they found the patient's moods improved, but the rates of second heart attack didn't. Ironically, Coyne said, the most evidence for emotion affecting health actually favors negative emotions, not positive ones. For instance, he said, we know anger and depression are correlated with having a second heart attack, however, what's unproven is whether being positive can reduce the risk.

Another way emotion could affect health, even for complicated illnesses such as cancer, is by affecting the patient's willingness to stick to the treatment plan. "It could be an indirect effect," said Anne Harrington, chair of Harvard University's history of science program and author of "The Cure Within: A History of Mind-Body Medicine" (W.W. Norton, 2008). "If a person is positive, he or she is more likely to show up for all the treatments to have a better diet to exercise. And if you're deeply depressed you sleep badly and that's bad for your health."

But Harrington and Coyne echoed the concerns of Maarten van der Weijden, saying that findings about emotions and health shouldn't be used to pressure patients into feeling a certain way.

In fact, Harrington said, that could hurt the patient more than if they'd been left alone. "Misinterpretations of this research can make people afraid to have the feelings they have," she said. "I have a colleague who's studied this and it's very clear from his work that it's just as stressful to keep up a performance of positivity as it is to [keep up] a bad mood. It's very stressful to be inauthentically upbeat all the time."