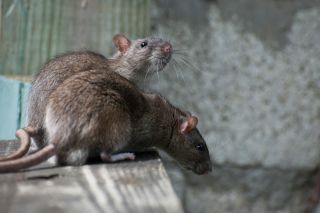 Elderly rats are less likely than their younger kin to turn their noses up at bitter flavors, researchers find.
(Image: © Heiko Kiera | Shutterstock)

Younger rats prefer more sugar and umami flavor in foods and showed a stronger aversion to bitter foods compared with elderly rats, according to a study presented today (July 30) at the annual meeting of the Society for the Study of Ingestive Behavior.

"To our knowledge, this is the first report demonstrating a reduced aversion to bitter taste in aged rats," study co-author Chizuko Inui-Yamamoto, a researcher at Osaka University in Japan, said in a statement.

The sense of taste is mysterious and complicated, with researchers understanding relatively little about how it works. Recent studies have found that the belly can taste foods using special receptors and that humans actually have a sixth taste sense that detects fat.

Though most people notice their tastes evolve as they age, exactly why was a mystery.

To understand how taste preferences changed with age, Inui-Yamamoto and her colleagues analyzed the food consumption of rats in five age brackets, from youth to old age. They then measured the rats' intake of solutions that tasted sweet, salty, umami, sour or bitter.

Older rats were less keen on sweet and umami flavors and were less likely than younger rats to avoid bitter flavors.

But when the team analyzed the nerves that send electrical signals from taste buds in the mouth to the brain, they found no differences in activity with age.

"We had expected that these changes were due to the peripheral taste system," Inui-Yamamoto said in a statement.

In follow-up work, the team hopes to investigate what causes this change in taste preference over time.