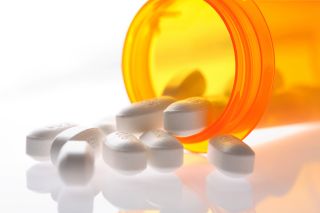 Question: Are generic drugs as good as brand-name drugs?

More than 70 percent of prescription medications taken today are generics, which are identical — or "bioequivalent" to a brand name drug.

Generics can be as much as 90 percent cheaper than brand-name drugs. According to the Congressional Budget Office, generic drugs save consumers almost $10 billion a year at retail pharmacies. Even more money is saved when hospitals use generics.

The savings have a simple explanation. There are patents on new drugs; most of them are protected for 20 years. No one else can make or sell that drug while it is under a patent. When the patent expires, other companies can begin to sell a generic version of the drug once it is approved by the FDA. Generic drug makers can sell the drugs for less because they don't have the high research and development costs.

The FDA won't permit drugs to be made in substandard facilities. The FDA conducts 3,500 inspections a year to ensure standards are met. Generic firms have facilities comparable to those of brand-name firms.

In fact, brand-name firms are linked to an estimated 50 percent of generic drug production. They frequently make copies of their drugs and sell them without the brand name.

So, substituting a generic for a brand-name drug won't create any problems? Not exactly.

The FDA acknowledges that a handful of prescription medications have a "narrow therapeutic window." Too little of the generics for these drugs isn't effective and too much is toxic. Therefore switching to the generic forms of these medications can be difficult.

Generic drugmakers are required to conduct tests to prove that the amount of active ingredient absorbed into the bloodstream from their copies is equivalent to the originals. The FDA said the average variance between the name brand and the generic is 3.5 percent, but about 50 medications vary by 10 percent or more.

While there is no official list, the following drugs are generally accepted to have a narrow therapeutic window. The generics are in parentheses.

If you would like to read more columns, you can order a copy of "How to be a Healthy Geezer" at http://www.healthygeezer.com.