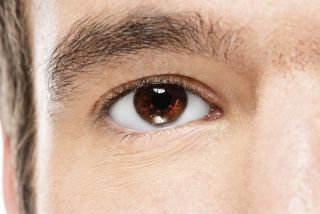 Sjögren's syndrome is an autoimmune disorder, a condition in which the immune system attacks a person's own tissues. In patients with Sjögren's syndrome, the immune system attacks the glands that make tears and saliva. Some patients experience joint pain and fatigue. Tennis star Venus Williams dropped out of the U.S. Open in 2011 because of symptoms of the condition.

Researchers aren't sure what causes people to develop Sjögren's syndrome — which usually shows up for the first time in midlife — but some studies have linked the condition to certain genes.

In the new study, researchers analyzed blood from 38 people with Sjögren's syndrome and 30 healthy people without the condition.

What's more, healthy people had a genetic marker linked with reduced NKp30 levels, which appear to be protective against Sjögren's syndrome.

The NKp30 receptors also bind to a small molecule that is produced on the surface of salivary-gland cells when the cells are stressed by things like inflammation or infection. This interaction may play a role in the persistence of the disease, the researchers said.

The findings suggest that a drug that blocks NKp30 receptors could be a possible treatment for the disease.

There is no cure for the condition, and currently, treatments are geared towards relieving symptoms. Treatments can include over-the-counter or prescription medications for dry eyes and mouth, and drinking water more frequently, according to the Mayo Clinic. Anti-inflammatory drugs can be taken to treat the pain, and drugs that suppress the immune system may also help with whole-body symptoms, the Mayo Clinic says.

The new study, conducted by researchers at the National Institute of Health and Medical Research in France, is published in the July 24 issue of the journal Science Translational Medicine.