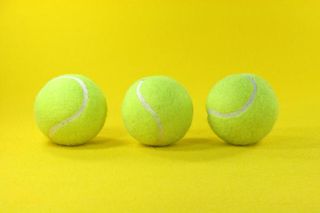 Tennis star Venus Williams has announced she's dropping out of the U.S. Open because of an autoimmune disorder called Sjogren's syndrome.

In Sjogren's syndrome, the immune system's white blood cells attack glands that make tears and saliva, according to the National Institutes of Health. Damaged glands can't properly produce tears and saliva, resulting in the two main symptoms of the condition — dry mouth and eyes, according to the Sjögren’s Syndrome Foundation. As many as 4 million Americans have been diagnosed with the condition, the foundation says.

Patients can also experience fatigue and joint pain, as Williams said she does. In a statement, Williams said the disease has also affected her energy level.

Sjogren's syndrome usually develops in people in their 40s; Williams is 31. Ninety percent of patients are women.

"Although patients can have inflammation in their joints, it's usually not a distructive arthrists," and doesn't usually lead to premanat damage of the joints, said Dr. Carlos Lozada, a professor of medicine in the division of rheumatology at the University of Miami School of Medicine.

There is no cure for the condition. Treatments can include over-the-counter or prescription medications for dry eyes and mouth, and drinking water more frequently, according to the Mayo Clinic. Anti-inflammatory drugs can be taken to treat the pain, and drugs that suppress the immune system may also help with whole-body symptoms, the Mayo Clinic says.

How Williams and other patients with Sjogren's syndrome can perform as professional athletes, Lozada said, depends on how well the condition can be treated with medication and other interventions. In some cases, Sjogren's syndrome is a secondary condition, meaning its root cause is another disease, such as Rheumatoid arthritis.

In those cases, "it's possible that your primary disease is more important," in determining how well you function, Lozada said. Williams did not specify whether she has primary Sjogren's syndrome or secondary.