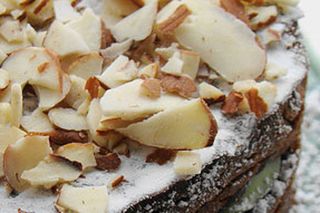 (ISNS) -- Calories are the most basic nutrition information. They're on every cereal box. But recent scientific evidence implies that those numbers may not tell you all you need to know.

A recent study by scientists at the U.S. Department of Agriculture indicates that the common calorie counts of two tree nuts, pistachios and almonds, are inaccurate, and the scientists involved say that may be true of other foods as well. Another study suggests that the satiating effect of calories could be more mental than chemical.

Calories are not just calories, said Rick Mattes, professor of foods and nutrition at Purdue University, in West Lafayette, Ind. They are more than simple numbers.

Blowing up your food

A calorie is a measurement of heat, a concept originating with the 19th century French scientist Nicolas Clément in 1824. The term calorie, when used with food, usually refers to the amount of heat required to raise the temperature of a kilogram of water one degree Celsius. American scientist Wilbur Atwater used calories as a unit to measure the energy in food in the 1890s, according to David Baer of the USDA's Agricultural Research Service.

Calorie measurements then and now are made in a "calorie bomb" or a "bomb calorimeter" developed by the French scientist Antoine Lavoisier in 1790. A small pellet of the food being measured is placed in a device that looks like a pressure cooker. Pure oxygen is pumped into the bomb, and then the food is ignited. Thermometers measure the heat given off and that is the calorie count.

"It's called a bomb because you literally explode the food and capture the heat and measure it," said Susan Roberts, professor at the Friedman School of Nutrition Science and Policy at Tufts University in Boston, Mass. "Calories are heat. All you are doing is measuring how much heat the food converts to when you burn it."

They wouldn'’t blow up an entire pizza, just a small piece of it, and extrapolate the calorie measurement from there.

What goes in versus what comes out

Not all food is digested. What is not digested is excreted out of the body in feces and urine. Some of the food provides the energy required to eat or drink--chewing for example. This is called metabolized energy.

Estimating the metabolized energy in food gets complicated. It involves mathematical calculations of proteins, carbohydrates, and fats multiplied by algorithms developed by Atwater, so-called Atwater factors.

But, the calculations may not give the right answer. Baer's lab, for instance, found this when studying the two tree nuts.

They took 18 volunteers and fed them a base diet for three weeks. After they adapted to the diet -- about 10 days -- the nuts were added to their diets, and samples of feces and urine were taken regularly.

By knowing what food went in and what came out, the researchers were able to measure the metabolic energy of the individual nuts. The numbers used on food packaging is the metabolizing energy using the Atwater factor.

What the USDA experiment did was actually measure the unused calories as opposed to doing the calculation.

Baer found the usual calorie count given for pistachios was probably too high, about 5 percent more than the actual energy in the nuts. Almonds were off by about 20 percent.

Baer thinks that the discrepancy happens because of the indigestible fiber in the nut cell walls traps the fat.

Scientists have known for a while that the form of food makes a difference. People think solid food is more filling than liquids despite the calorie count.

The Purdue researchers wanted to know if that was true

"We think our hunger drops less and your fullness rises less when we think it is going to be a liquid in our bodies rather than a solid," Mattes said. The operative word was "think."

The Purdue scientists told 52 subjects they were going to drink a cherry-flavored liquid, and that it would remain a liquid throughout their bodies. On another day, they then took what looked like the same substance and showed the subjects how adding a chemical instantly turned the liquid into a solid. The scientists said the same phenomenon would happen in their stomach.

In reality, they all drank the same liquid both times, without any added chemical and it remained liquid inside their bodies. The subjects just thought it would turn into a solid. The researchers called that trick “cognitive manipulation.”

Yet, the subjects reported that they were less sated in the first case, and more satisfied when they thought it would turn into a solid. The liquid even went through their body faster because the body’s chemistry reacted to the thought that it was a liquid and thus would absorb fewer calories.

They published their work in the American Journal of Clinical Nutrition. Both Baer and Mattes will present papers at the Institute for Food Technologists meeting in Chicago on July 14.

"The environment is so full of junk food and excess portions that the only way many people can keep their weight healthy is to watch what they eat," she said. "And for that you need numbers, because even if you have a Ph.D in nutrition, it is impossible to accurately tell how many calories are in most of the foods out there."

Inside Science News Service is supported by the American Institute of Physics. Joel Shurkin is a freelance writer based in Baltimore. He is the author of nine books on science and the history of science, and has taught science journalism at Stanford University, UC Santa Cruz and the University of Alaska Fairbanks.