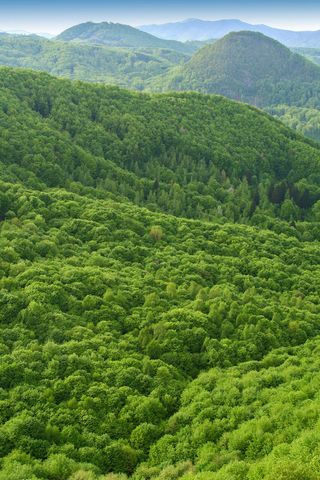 Forests store large amounts of carbon in their trunks and leaves, and play a major role in global climate. The BIOMASS satellite will map this effect on a global scale.
(Image: © Mares Lucian | Shutterstock)

The European Space Agency hopes to launch a new Earth Explorer satellite in 2020 that will map the extent and composition of the world’s forests.

The satellite — called BIOMASS — will use long range radar to pierce through clouds and collect data from forested regions inaccessible from the ground, such as the boreal forests of Russia and the Amazon rain forest. The ESA hopes the resulting data and 3D forest maps will help researchers measure the total amount of carbon stored in forests, and better understand the role of deforestation in global climate change. The new data could also help inform reforestation projects aimed to slow the pace of climate change.

"BIOMASS will be a hugely important instrument for global environmental science research in the coming years, and its observations will be the basis of significant environmental policy in the areas of carbon cycling and global warming," Hank Shugart, an environmental scientist at the University of Virginia and member of the BIOMASS advisory committee to the ESA, said in a statement.

The BIOMASS satellite will cost roughly $525 million, and is the seventh in ESA's fleet of Earth Explorer satellites, of which three are currently in orbit.