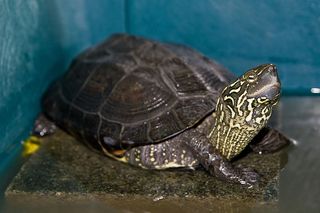 Baby turtles inside their eggs squirm around to chill out or to turn up the heat, new research finds, a skill that could potentially enable them to choose their own sex.

The study is the first evidence that embryonic turtles deliberately regulate their temperature. Such a talent is key for juvenile and adult turtles, which are ectotherms (otherwise known as "cold-blooded"). Because the turtles rely on outside sources to maintain their body temperature, they have to move from cool to hot spots to stay equilibrated.

In 2011, a study published in the journal Proceedings of the National Academy of Sciences found that embryos of the Chinese softshell turtle (Pelodiscus sinensis) moved toward sun-warmed ground while still in the egg. Scientists weren't sure, however, whether the embryos were simply moving to the warmest spot in the egg because they were trying to calibrate their temperature, or if they were simply floating passively toward warmth due to some sort of fluid dynamics in the egg. [Procreation Station: The Weirdest Pregnancies in Nature]

To find out, Wei Guo Du, an ecologist at the Chinese Academy of Sciences, and his colleagues incubated 125 eggs of the Chinese three-keeled pond turtle (Chinemys reevesii) with heat sources warming different portions of the eggs from between 78.8 and 91.4 degrees Fahrenheit (26 and 33 degrees Celsius). At the higher egg temperature, turtle embryos have trouble surviving.

The researchers used bright light to silhouette the developing embryos inside their eggs, measuring where in the egg the turtle was positioned by pinpointing the spot where its neck met its shell. After 10 days of development, half of the eggs were killed with an injection but were left next to the heat sources so the researchers could determine whether any movement observed was active or passive.

The measurements revealed that the live embryos moved toward the heat source when it warmed their eggshells to between 84 and 86 degrees F (29 and 30 degrees C). When the shell was hotter, however, the turtles squirmed away from the heat. Dead embryos didn't move, indicating the embryos were deliberately making these adjustments.

The findings are particularly interesting, Du and his colleagues wrote today (June 11) in the journal Biology Letters, because the sex of three-keeled pond turtle hatchlings is determined by the temperature in which their eggs develop. Previously, scientists believed that mom's choice of nests was the only determinate of temperatures; the new results suggest that baby turtles might be able to "choose" their own sex by moving to cooler or warmer portions of the egg.

Turtles aren't the only example of active embryos inside the egg. Research published in April in the journal Nature revealed that dinosaur babies kicked and wriggled before hatching, too. Another study released this year in the journal PLOS ONE found that the embryos of brown-banded bamboo sharks could sense electric fields of predators and freeze in place inside their eggs.