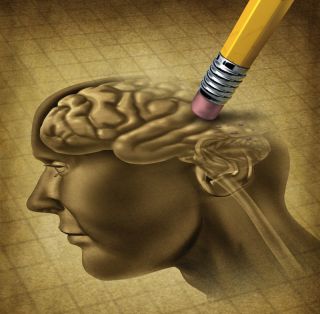 What, if anything, is happening to humanity's brainpower?
(Image: © Lightspring, Shutterstock)

Is humanity getting smarter or dumber with time? The answer may be both.

While IQ scores are rising at a remarkable rate, humans' underlying genetic potential for smarts could be on the decline, a new study suggests. The research found that by one measure of intelligence, the Victorians had modern folk beat.

The findings aren't without controversy — particularly whether or not the measurements used really reveal intelligence. Still, the study highlights the trouble with measuring intelligence over time: Smarts aren't defined as just one thing. What makes a person clever on the African Savannah could be nearly useless in the financial centers of Hong Kong.

"It's not simply that intelligence is going down or going up," said Michael Woodley, a psychologist at Umea University in Sweden who led the new research. "Different parts of intelligence could be changing in lots of different ways." [Life's Extremes: Smart vs. Dumb]

Are you smarter than your grandma?

The world is full of evidence that modern humans have more going on upstairs than their ancestors did: Smartphones. Heart transplants. A basic understanding that germs cause diseases.

Beyond these technological advances, though, is another hint that humans are getting smarter. It's called the Flynn effect, named after intelligence researcher James Flynn, an emeritus professor of the University of Otago in New Zealand.

Since IQ, or intelligence quotient, tests have been revised and standardized several times in the past 100 years, to see the Flynn effect, scientists have their volunteers take tests designed for previous generations. Flynn and his colleagues have found that all around the world, the new generations score higher on the old tests than the original test takers did.

The increases are no small matter, either — they vary by geography, but tend to be around three extra IQ points per decade. [Creative Genius: The World's Greatest Minds]

Flynn and many other researchers suspect that rising IQ scores reflect improving modern environments. IQ is part heritable and part environmental; enrich a young child's environment with opportunities to learn, and they'll have a higher IQ later in life. Better nutrition, more schooling and more stimulation could also explain the Flynn effect.

So could the kind of thinking that people do today. If you asked someone in the 19th century the relationship between a dog and a hare, they'd likely go with something concrete, based on their real-life experience with the two animals, Woodley said. "The dog hunts the hare" might be a typical response.

Today, people are taught to think more abstractly. A modern person would be more likely to say that both dogs and hares are mammals, for example.

"These sort of heuristics and modern habits of thought have changed the way people have approached answering IQ tests," Woodley said.

The dulling of humanity

Even as the Flynn effect sends IQ scores skyrocketing, some researchers argue a darker view. Humans aren't getting smarter, they say. They're getting stupider.

In November 2012, Stanford University School of Medicine researcher Gerald Crabtree published two papers in the journal Trends in Genetics suggesting that humanity's intelligence peaked between 2,000 and 6,000 years ago.

Crabtree based this assertion on genetics. About 2,000 to 5,000 genes control human intelligence, he estimated. At the rate at which genetic mutations accumulate, Crabtree calculated that within the last 3,000 years, all of humanity has sustained at least two mutations harmful to these intellect-determining genes (and will sustain a couple more in another 3,000 years). Not every mutation will cause harm — genes come in pairs, and some weaknesses caused by mutation can be covered for by the healthy half of the pair, Crabtree wrote; but the calculation suggests that intelligence is more fragile than it seems.

Furthermore, he argued, intelligence isn't as evolutionarily important to humans today as it was when the species was hunter-gatherers. Thousands of years ago, failing to grasp the aerodynamics of throwing a spear when a lion was coming at you meant you were toast — no more passing along your genes to offspring. Modern man rarely faces such life-or-death tests of wits, Crabtree wrote. [10 Things That Make Humans Special]

Another theory holds that humanity's genetic capacity for intelligence is in decline because of a phenomenon called dysgenic mating. Since the mid-1800s, IQ and reproduction have been negatively correlated, studies have found. To put it bluntly, people who are more intelligent have fewer babies. Because intelligence is part genetic, some researchers argue that, if anything, IQs should be dropping.

Instead, scores are going up, creating a paradox for the dysgenic mating theory, Woodley said.

Now, Woodley and his colleagues think they may have solved that paradox, and the news is not good.

To look back at historical intelligence, the researchers turned not to IQ tests, but to reaction time. Simple reaction time (the amount of time it takes to respond to a stimulus) is correlated with IQ, Woodley said, and not nearly as sensitive to cultural influences as IQ tests.

"The idea is that reaction times represent your ability to engage in very basic and elementary cognitive processing," he said. [The 10 Best Ways to Keep Your Mind Sharp]

In the 1880s, English scientist Sir Francis Galton measured reaction times in 2,522 young men and 888 young women from a wide variety of socioeconomic statuses. He found that men's average reaction time to a stimulus was 183 milliseconds, and women's was 187 ms. (Galton's reaction time studies were part of his work as the founder of the field of eugenics, the idea that only the "best" should reproduce. Eugenics was embraced by a variety of high-profile people in the early 1900s, most notably Adolf Hitler, who wanted to establish a "master race" of Aryans.)

Twelve similar studies to Galton's conducted after 1941, on the other hand, found an average reaction time for men of 250 ms and for women of 277 ms — markedly slower. A review study detailing those findings was published in The American Journal of Psychology in 2010.

Woodley and his colleagues expanded on the 2010 work, including additional data and matching the old and new studies to be sure they were measuring the same things. Despite the fact that timers have improved quite a bit since the 1880s, Woodley is confident that Galton's measurements are accurate. Galton used a pendulum-based machine to time reactions, and such machines are generally accurate within 10 ms, Woodley said.

Galton's data also behaves as you might expect it to behave if it were correct, Woodley said. For example, groups with more inbreeding performed worse on the reaction time test.

"We found a very, very robust trend with time, toward slowing speeds of reaction," he said, "which is consistent with the idea that the more stable, the more culturally neutral, the more genetically influenced components of intelligence have been declining rather than increasing."

What that suggests is that even as IQ scores rise with education and health, humanity's capacity to get smarter is shrinking. In essence, the Flynn effect might be hiding an underlying decline, a "psychometric dark matter" not visible on pen-and-paper intelligence tests, Woodley said.

"An analogy to use would be lower-quality seeds, but higher-quality fertilizers," he said, referring to this idea that a high-quality environment may be masking the decline in "smart" genes.

If true, the reasons are unknown. Possibilities range from exposure to neurotoxins in modern society to natural selection.

Not everyone sees the new reaction time findings as the final word, however.

"To sum up 100 years of research, there is a reliable correlation between measures of reaction time and measures of IQ, but the order of such correlations is far short of what would be required to use the former to explain the latter," said Theodore Nettelbeck, a psychologist at the University of Adelaide who researches intelligence.

In other words, Nettelbeck told LiveScience, using reaction time as a proxy for IQ leaves something to be desired. At best, he said, reaction times to complex stimuli might explain about 20 percent to 25 percent of the variation in IQs, and simple reaction times explain a lot less.

Nettelbeck also raised concerns about the various experiments analyzed in the new study and how comparable they might be.

"Not only would there be differences in the technologies for timing responses, which may or not influence the outcome measures; there would also be procedural differences in the numbers of trials from which means [averages] have been derived, instructions to participants, extent of prior practice, the nature of stimuli, the form of response keys, all of which can influence the length of response," he said.

Reaction time can also be tricky to interpret, said James Flynn, for whom the Flynn effect is named.

"A dull person has just as quick a peak reaction time as a brilliant person," Flynn told LiveScience. The difference is that someone with a low IQ typically can't stay focused and so their reaction times won't be consistent throughout an experiment; their scores vary more widely than those of high-IQ people.

"Is this really neural speed, or for a dull person, [or] is it much more difficult for them to be attentive to the task?" Flynn said.

Other factors play a role as well, he added. In studies of schoolchildren, kids in Hong Kong are quicker off the mark in reaction time tests than British kids. You could read those results to mean Chinese kids are smarter than Britons, Flynn said. Or perhaps Chinese kids are just more willing to take risks.

The good news is that even if Woodley and his colleagues are correct that the soil of the human mind is becoming less fertile, the species is not doomed to a slow decline into idiocy. Norway and Sweden are exceptions to the rule that less educated, lower-IQ people have more children, Flynn said. Both countries have few class differences and make birth control easily available. And with IQ scores still rising in most of the world, environment seems to be trumping possible genetic problems.

"Apparently, we haven't explored the limits of our genes yet," Flynn said.