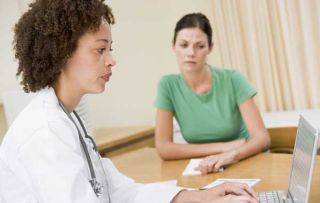 Two doses of the vaccine against human papilloma virus (HPV) may work just as well as the recommended three doses in protecting against infection, a new study from Canada suggests.

In the study, girls who received two doses of the HPV vaccine had just as good of an immune response to the vaccine as women who received three doses, even three years after vaccination. In studies of women, the HPV vaccine reduces the risk of developing early signs of cervical cancer and genital warts.

At this time, women and girls should still get the recommended three doses over six months, because it's too early to know the long-term results of getting only two, experts say.

In fact, after several years, girls in the study who received two doses of vaccine had a reduced immune response to two strains of HPV, compared with girls who received three doses.

"I think this was a good start," study researcher Dr. Simon Dobson, a pediatrician at the University of British Columbia in Vancouver, said in a news conference about the study. "It's possible that two doses is going to be enough," but more research is needed before health officials will know for sure Dobson, said.

Right now "nobody would want to disadvantage a girl" by giving her fewer than three doses, Dobson said.

The HPV vaccine is currently licensed for people between ages 9 and 26. It works best if given before people become sexually active. [HPV Vaccine: What If You Miss a Dose?]

However, the cost of getting all three doses can be a barrier to the vaccine's use, especially in developing countries. The vaccine costs about $130 per dose, according to the Centers for Disease Control and Prevention.

In addition, a 2011 study found that less than one-third of young U.S. women receive one HPV shot complete the full series. If only two doses were required, substantially more girls would complete the series, said Dr. Jessica Kahn, of the Division of Adolescent Medicine at Cincinnati Children’s Hospital Medical Center, who was not involved in the study.

Young girls cannot be assessed for cervical cancer — that's why women were included in the study, and why the finding that girls in the study had just as good of an immune response to the vaccine as the women was an important one.

"If two doses in girls generate the same type of immune response as three doses in women, you could infer that the girls could be protected from disease, even if you don’t measure disease outcomes in girls," Kahn said.

However, two to three years after vaccination, girls who received two doses had a reduced immune response to the HPV strains 18 and 6 compared with those who received three doses.

Whether this lower response might have an impact on the later development of the disease remains to be seen. Earlier studies suggest that vaccinated women without detectable antibodies against HPV-18 are still protected against the virus, said Eduardo Franco, a cancer epidemiologist at McGill University, in Montreal, who was not involved in the study.

While the new findings are encouraging, future studies are needed that follow girls for many years to examine how their immune response changes over time, and whether that immune response is enough to protect them from infection, Kahn said.

Dobson and colleagues are currently working on such a study that would follow girls vaccinated with either two or three HPV doses for 10 years. (In British Columbia, it is recommended that girls receive two doses of HPV vaccine at ages 11 to 12, and a booster shot three years later.)

The new study is published today (April 30) in the Journal of the American Medical Association.