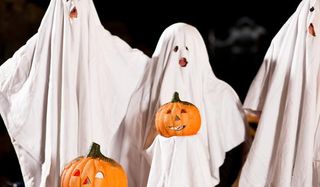 The number of sweets that kids, and adults, might eat this Halloween could do some hefty damage to their teeth.

But according to some experts, it's not only how much candy you eat, but how often.

"It's unrealistic that kids will never eat candy on Halloween," said Dr. Dan Shaw, who teaches pediatric dentistry at the University of Minnesota. "So limiting the frequency is the most important thing."

"Try to have a specified time of day to eat sweets, rather than having [kids] eat sweets throughout the day," he said. For example, parents might offer their kids a treat after dinner, and then have them brush their teeth before going to bed, he said.

Nearly 1 in 5 kids ages 2 to 19 have untreated cavities, according to the Centers for Disease Control and Prevention. And an untreated cavity could lead to a tooth abscess, a collection of pus caused by a bacterial infection in the center of a tooth.

Sweet treats can also hurt the enamel, or outer covering of your teeth, said Dr. Joanna Douglass, a pediatric dentistry researcher at the University of Connecticut School of Dental Medicine. "And that kind of damage is permanent."

When you eat or drink foods containing sugars, a sticky film of bacteria called plaque, which constantly forms on teeth, produces acids that attack tooth enamel. Over time, this acid causes calcium to leech out of the tooth enamel, eventually breaking down the enamel so cavities can form as bacteria enter the center of the tooth. Infection may even spread from the root of the tooth to the bones supporting the tooth.

Certain types of candy are worse for teeth than others.

Hard candy, which can stay in the mouth for a long time, can also be worse. "It allows the acid production to last longer in your mouth," he said.

But Douglass said the kind of candy you eat may matter less than the total amount of sugar in you eat. "The more sugar you have in your diet, the more bacteria you have in your mouth," she said.

Eating sugar-free candy could have the opposite effect, she said. "From a tooth standpoint, sugar-free may actually help protect your teeth."

Sugar-free foods don’t foster the growth of bacteria in the mouth like sugars do, so acid isn’t produced that damages tooth enamel.

But a 2011 study published in the British Dental Journal suggested that, over time, additives found in sugar-free food and drinks increase the risk of tooth erosion.

"The bottom line is, make sure your kids aren't snacking on sweets continuously," Douglass said. "This kind of wear and tear can lead to other serious problems and needs to be avoided."

Pass it on: Lower the risk of cavities by eating sweets less often throughout the day.