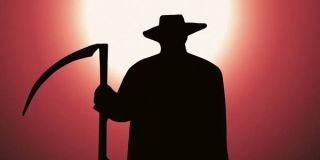 People who intentionally hurt themselves are known to be at an increased risk of committing suicide, but a new study finds they are also more likely to die young from natural causes.

Researchers analyzed information from more than 30,000 people living in the United Kingdom who visited emergency departments for self-poisoning or self-injury between 2000 and 2007, and were followed for an average of six years afterward.

Among these patients, the number of deaths was three times greater than would be expected based on death rates in the general population.

The findings confirm earlier research showing that, in addition to problems with mental health, people who self-harm suffer from poorer physical health, the researchrs said.

This reason for the increases in early death could be that patients with psychiatric problems are less likely to receive appropriate medical care for their physical health issues.

"There is likely to be a focus on either mental health or on physical disorders, whichever is seen to predominate, and less of a focus on all healthcare needs in the individual patient," said study researcher Keith Hawton, director of the Centre for Suicide Research at Warneford Hospital in the United Kingdom. A doctor's focus may reflect his or her interests or specialty, Hawton said.

About 6 percent of patients died during the study period, and the deaths occurred an average of 30 years sooner than expected.

Health risks from alcohol and drug use also play a role in premature death in people who self-harm, the researchers said. Alcohol abuse is known to increase the risk of digestive system disorders.

The new findings emphasize "the need for close attention to physical health disorders in the care of people who self-harm," the researchers write in the Sept. 18 issue of the journal The Lancet. "The relation between physical and mental health is complex, and neither should be assessed or treated in isolation."

In addition, those with low income levels were more likely to die early from natural causes. Those who are disadvantaged would benefit from government and health care planners doing more to address inequalities in access to care and preventive medicine, Hawton said.

It is not known whether patients' original visits to emergency departments were because of suicide attempts, but it is known that their self-harm was intentional, the researchers noted.

Pass it on: In addition to poor mental health, those who self-harm have compromised physical health as well.