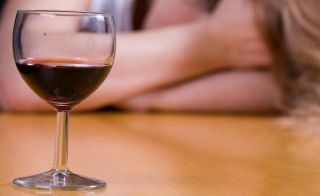 People who've had weight-loss surgery may be at an increased risk for drinking problems, a new study suggests.

The study involved close to 2,000 people who had undergone some type of weight-loss surgery, including gastric bypass surgery and gastric banding.

The percentage of participants reporting symptoms of alcohol abuse increased from 7.6 percent before surgery, to 9.6 percent two years after surgery, the researchers said.

While this 2 percent increase may seem small, it could equate to more than 2,000 additional people in the United States who are abusing alcohol each year, the researchers said.

The study cannot answer why the surgery might increase the risk of alcohol abuse. But some research suggests weight loss surgery may change a person's sensitivity to alcohol, so less alcohol is required to become intoxicated, and a longer time is needed to reach a sober state (perhaps because the patient now is a lighter weight).

The findings suggest patients should be educated about the potential for such surgery to increase the risk of alcohol problems, and about how to drink safely after surgery, said study researcher Wendy King, an epidemiologist at the University of Pittsburgh.

In the new study, King and colleagues analyzed information from 1,400 weight-loss surgery patients who were surveyed before and after their surgery. Participants were asked questions to assess their alcohol use within the past year and level of alcohol dependence, including how many drinks they consumed on a typical drinking occasion, and whether it was hard to stop drinking after they started.

From one addiction to another?

The study validates what many bariatric surgeons and clinical psychologists have seen in their practice, said Sunil Bhoyrul, a weight-loss surgeon at Olde Del Mar Surgical in La Jolla, Calif.

One hypothesis for the phenomenon is that patients "transfer" their addiction from food to something else, Bhoyrul said.

"Some patients have an addiction towards eating. When you do the surgery, you take away their ability to eat, and so they develop a new addiction," Bhoyrul said.

All patients should receive a psychiatric evolution before bariatric surgery, so that doctors can attempt to identify those at high risk of developing a new addiction, Bhoyrul said.

The new study will be published June 20 in the Journal of the American Medical Association. It will be presented today (June 18) in San Diego at a conference for metabolism and bariatric surgery researchers.

Pass it on:  A small percentage of weight-loss surgery patients may be at increased risk of developing symptoms of alcohol abuse.