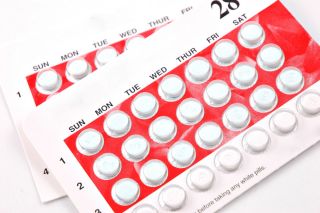 The majority of girls in the United States do not have sex before the age of 19, a change from earlier years, a new report shows.

In addition, those who are having sex are increasingly using highly effective methods of contraception. The report said that 60 percent of sexually active girls ages 15 to 19 said they used contraception methods such as an intrauterine device, the pill, a patch, ring or injectable contraception — an increase from 47 percent who said the same in 1995.

"Addressing the complex issue of teen childbearing requires a comprehensive approach to sexual and reproductive health that includes continued promotion of delayed sexual debut, and increased use of highly effective contraception among sexually experienced teens," the report said.

The report used information from a household survey involving 2,284 female teens between 2006 and 2010.

The portion of teens who said they had not had sex was about the same across all ethnic groups.

To reduce rates of teenage pregnancy further, schools and community-based organizations can provide sexual and reproductive health education and support parents' efforts to speak with their children about sex, the CDC says.

Health care providers should be informed that no contraceptive method should be withheld from teens solely on the basis of age, the CDC says.

Pass it on:  The percentage of teenage girls having sex has declined in recent years.