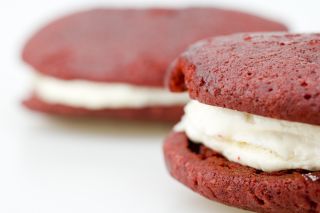 Starbucks will stop using a red food dye made from bugs, its president recently wrote in a blog post.

Despite the attention Starbucks has received for using the insect-based dye in some of its products, the coffee purveyor is far from the only user of this additive. Anytime you see an ingredients list that includes carmine, cochineal extract or natural red 4, you can be sure that there's a little powdered bug therein.

The idea that any business would try to feed insects to a largely bug-averse populace may seem remarkable, but consider the alternatives: if it doesn't come from a bug, it may come from something worse. [No Creepy Crawlies Here: Gallery of the Cutest Bugs]

Cochineal extract is extracted from the cochineal, specifically the female, a species of insect that belongs to the order entomologists refer to as the "true bugs." (Don't trust any account that calls this bug a beetle — it's not).

When Europeans descended on South America in the 1500s, they discovered that the Aztecs were producing vibrant, cochineal-dyed fabrics that retained their color for an incredibly long time. Soon, dried cochineal became a major trade good.

Today, cochineals are harvested mainly in Peru and the Canary Islands on plantations of prickly pear cacti, the bugs' preferred host. There, the insects are sun-dried, crushed, and dunked in an acidic alcohol solution to produce carminic acid, the pigment that eventually becomes carmine or cochineal extract, depending on processing. About 70,000 insects are needed to produce a pound of dye.

Until 2009, cochineal was one of many dyes that fell under the umbrella term "natural color" on ingredients lists. But because cochineal provokes severe allergic reactions in some people, the Food and Drug Administration requires carmine and cochineal extract to be explicitly identified in ingredients lists.

Aside from its role as an allergen, cochineal has no known health risks, although those who keep kosher or choose not to eat animal products will want to keep their distance. In addition to food, cochineal is used as a dye in cosmetics products, including lipstick, and at least one person has reported a severe allergic reaction to a cochineal dye used in a pill coating. [9 Weirdest Allergies]

Cochineal may be made from bugs, but other synthetic red dyes such as Red No. 2 and Red No. 40, which carry far greater health risks, are derived from either coal or petroleum byproducts. Compared with these sources, bugs might sound positively appetizing.

Pass it on: Unless you're allergic to it, cochineal extract probably isn't a health concern.