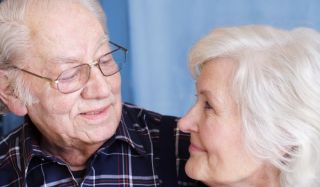 Participants in the study who completed a program aimed at boosting cognition, which included problem sets, Sudoku puzzles and crosswords, also became more open to new experiences, the researchers said.

The study is the first to show that an intervention other than a drug or psychotherapy can change personality in older adults, according to the researchers.

The findings counter the assumption that adult personalities, particularly those of the elderly, are fixed and resistant to change, the researchers said.

The study involved 183 adults ages 60 to 94. About half of the participants were enrolled in a cognitive- training program designed to improve their pattern-recognition and problem-solving skills.

The 16-week program included classroom sessions, and problem sets and puzzles to be completed at home. The puzzles became more difficult over time, but were always matched to the participants' skill levels based on their previous results. The other half of the participants did not participate in the cognitive-training program.

Tests of cognitive abilities and personality were given at the beginning and end of the study. The personality test measured five personality traits: extraversion, agreeableness, conscientiousness, neuroticism and openness.

"Openness" is a measure of how open someone is to novelty and challenge. People who score high on openness tend to be curious, creative and amenable to new ideas and intellectual pursuits.

As was expected, the participants' problem-solving skills improved. In addition, those who completed the program saw an increase in their scores for openness compared to those not in the program.

Scores for other personality traits did not change over the course of the study.

The training program was designed to be challenging without being overwhelming, said study researcher Elizabeth Stine-Morrow, a professor of educational psychology at the University of Illinois. This is a good combination to help someone become comfortable with new experiences and challenges, Stine-Morrow said.

Because the study only looked at older adults, the results cannot be generalized to other age groups, Stine-Morrow said.

The study was published yesterday (Jan. 16) in the journal Psychology and Aging.

Pass it on: A program designed to improve cognition in older adults appears to make them more open to new experiences.