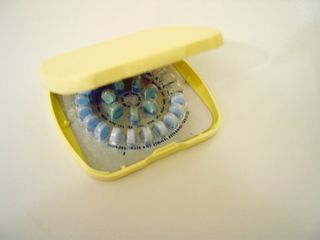 Few pharmacological advances have done as much to reshape the cultural landscape — at least in Europe, Australia, most of the Western Hemisphere and pockets of Asia and Africa — as the birth control pill.

But debate continues to rage on the Pill's health effects.

First introduced to the American public for contraceptive use in 1960, "the Pill" freed a generation of women from the fear of unwanted pregnancy and allowed for an exploration of sexuality that, up until that point, had been unimaginable.

By 2002, according to the Centers for Disease Control and Prevention, 11.6 million American women were on the Pill, making it the nation's leading method of contraception. Research published this January in the Journal of the American College of Cardiology says that oral contraceptives have been used by about 80 percent of women in the United States at some point in their lives.

What, exactly, are these millions of women putting in their bodies, and what effects does it have? The debate over the pros and cons of oral contraception is a heated one, with both sides using studies and research findings to back up what they claim is an indisputable argument.

The Pill's most obvious effect is the suppression of ovulation. The two types of hormones typically found in oral contraception, estrogen and progestin, keep an egg from completely developing each month; in addition, the Pill makes cervical mucus thicker and more difficult for sperm to get through, while also changing uterine lining enough so that an egg, were it to be released, wouldn't be able to land in the uterus to develop.

There are other benefits. Studies have found that oral contraceptives can lower the risk of ovarian and uterine cancers, ease symptoms of severe PMS, reduce the risk of developing multiple sclerosis, and improve female pattern hair loss.

In 2007, research conducted by Karolinska Institute in Sweden found that birth control pills can even be used to treat bulimics.

"The bulimics in the studies had higher levels of the male sex hormone testosterone and lower levels of the female sex hormone estrogen than healthy subjects in the control group had," wrote research head Sabine Naessén. "The testosterone level of patients with bulimia could be reduced by treating these patients with estrogen-dominated oral contraceptives."

The study found that half the treated participants craved less sugar and fat, and had a decrease in hunger after three months (previous cravings were attributed to pre-treatment levels of testosterone).Three of the 21 participants no longer were bulimic after the treatment.

Oral contraceptives have negative health effects as well. The Pill’s relationship with blood-clot risk and stroke is well-documented, and that risk increases when a woman is smoker, particularly a smoker over age 35.

In addition, studies in recent years have found that birth-control pill use impairs muscle gains in young women, increases the risk of breast cancer in pre-menopausal women, and increases the risk of cervical cancer (the risk returns to normal levels after the woman has been off it for 10 years).

And the Pill may interfere with a protein that keeps testosterone unavailable for women's physiologic needs, thus causing long-term health problems, including sexual dysfunction.

"It is important for physicians prescribing oral contraceptives to point out to their patients potential sexual side effects, such as decreased desire, arousal, decreased lubrication, and increased sexual pain," wrote Claudia Panzer, an endocrinologist and lead author of a study on testosterone and the pill, published in 2006 in The Journal of Sexual Medicine.

"It is crucial to recognize the link between sexual dysfunction and the oral contraceptive and not to attribute these complaints solely to psychological causes."

The Pill's convenience and effectiveness make it ideal for some, while others are unwilling to potentially risk their health. Research published in January in the Journal of the American College of Cardiology claims that since 2000, death rates have increased in women between the ages of 35 and 44. All other age groups, meanwhile, have seen a decline.

And the research cites the significant increase in the use of birth control pills as a possible contributing factor.