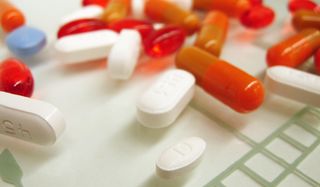 Many parents are not aware that their teenage children abuse "study drugs," a new poll suggests.

In the poll, just 1 percent of parents said their teenage children had taken drugs such as Adderall or Ritalin without a prescription.

That is much lower than the percentage of teens that surveys suggest are using the drugs. For example, a 2012 study of high schoolers found that about 10 percent of sophomores and 12 percent of seniors said they had used the drugs without a prescription.

The new finding highlights the growing issue of stimulant drug abuse, or when teens take stimulant medication (or "study drugs") to help them study for a test or stay awake to do homework. Such medications are prescribed for attention deficit hyperactivity disorder (ADHD). Teens without the condition may fake symptoms in order to get a prescription, or obtain the drugs from friends.

The new findings, from the C.S. Mott Children's Hospital National Poll on Children's Health, examined parents' awareness of the issue, surveying parents of U.S. children ages 13 to 17. About 11 percent of parents said their teens had been prescribed stimulant medication for ADHD.

This disconnect between teen drug abuse and parents' awareness of drug abuse may be in part due to the fact that study drugs have more subtle effects than drugs such as heroin and cocaine, allowing teens to more easily hide their drug use, the researchers said.

About half of parents polled said they were very concerned about teens in their communities abusing study drugs. And more than three-quarters supported school policies aimed at stopping this type of drug abuse, such as rules that would require children with prescription ADHD medications to keep the pills in a secure place like the school nurse's office.

The findings "underscore the need for greater communication among public health officials, schools, parents, and teens regarding this issue," the researchers said.