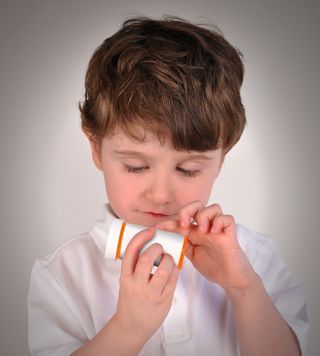 The news that 11 percent of U.S. children are now diagnosed with attention-deficit/hyperactivity disorder (ADHD) comes at a time when doctors are increasingly concerned about overuse of medication for the condition.

An analysis of 2012 data from the Centers for Disease Control and Prevention revealed that 11 percent of U.S. children ages 4 to 17 have ADHD, the New York Times reported. About 65 percent of kids with ADHD receive stimulants, such as Ritalin or Adderall, the Times said.

Just last month, a group of neurologists warned against prescribing the medications for kids who don't need them.

The decision of whether to put children with ADHD on medication is not one that's taken lightly. Here are five things to know about the medications:

What are the short- and long-term effects of ADHD medications?

Short-term side effects of ADHD medication include nervousness, appetite suppression, insomnia and increases in blood pressure and heart rate.

Because ADHD stimulants such as Ritalin have been used for decades, they are thought to be relatively safe over the long term, said Dr. Michael Duchowny, a pediatric neurologist at Miami Children's Hospital.

However, some say that, because conditions such as heart attacks are and strokes are rare in children, it's hard to know whether stimulants actually increase the risk of these events, said Dr. William Graf, a professor of pediatrics and neurology at Yale School of Medicine.

Children who are inappropriately diagnosed with ADHD, or those who have other mental health conditions, may be at increased risk for mood disorders or aggressive behavior while on the medication, Duchowny said.

And more research is needed to determine whether taking the medications for a "mental boost" could affect the developing brain, Graf said.

At what point should children with ADHD be put on medication?

There are some children who truly benefit from ADHD medication, Graf said. The conversation about beginning ADHD medication begins when a child's symptoms interfere with his or her ability to function in everyday life, Graf said.

For instance, a child's behavior may interfere with his learning to the extent that he won't advance to the next grade if action isn't taken. If a child's behavior is determined to be a result of ADHD and not some other cause, a low dose of ADHD medication can be prescribed for a trial period (such as a one-month period), Graf said.

Once a child starts medication, does he or she need to continue them?

A child should be re-evaluated shortly after starting ADHD medication. The medication should only be continued if there is clear proof that the child benefits from it, and that the benefits outweigh the side effects, Graf said.

No, in general, children with mild ADHD often do not need medication, Graf said. (Although he noted this may not be true in every case.)

"Contrary to some popular wisdom, behavioral treatments, alone or in combination with low doses of medication, can be effective in the long-term reduction of core ADHD symptoms, Graf said.

Duchowny said the decision of whether to prescribe medication should be made on an individual basis. Changes such as placing the child in a smaller class, or getting the child a tutor may be ways to improve the child's behavior, but are not always feasible, Duchowny said.

What can be done to prevent inappropriate use of ADHD medication?

Multiple factors are likely behind the recent rise in ADHD diagnosis, including societal pressures and medication advertising, Duchowny said. He said it's important that children be evaluated by a health care practitioner who is experienced in diagnosing ADHD.

Graf said that a child's care should be multifaceted, and include input from parents, teachers, physicians and social workers.