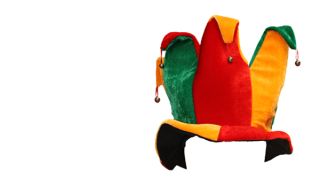 Pranksters and joke-lovers in many countries now gleefully prepare to dupe friends and loved ones on April Fools' Day , but no one knows exactly when or why, or even where, this tradition began.

A giddy spurt of practical joking seems to have coincided with the coming of spring since the time of the Ancient Romans and Celts , who celebrated a festival of mischief-making. The first mentions of an All Fools' Day (as it was formerly called) comes from Europe in the Middle Ages.

Some trace April Fools' Day to Roman mythology , particularly the story of Ceres, Goddess of the harvest, and her daughter, Proserpina. Pluto, God of the Dead, abducted Proserpina and took her to live with him in the underworld. The girl called out to her mother, but Ceres could only hear the echo of her daughter's voice and searched for her in vain. Such "fool's errands," or wild goose chases, became a popular practical joke in Europe in later centuries.

The most widespread theory of the origin of April Fools' Day is the switch from the Julian calendar to the Gregorian one, which is now in use in the late 16th century. Under the Julian calendar, the New Year was celebrated during the week between March 25 and April 1, but under the Gregorian calendar, it was moved to Jan. 1. Those who were not notified of the change, or stubbornly kept to the old tradition, were often mocked and had jokes played on them on or around the old New Year.

In France, this took the form of pranksters sticking fish on the backs of those who celebrated the old custom, earning the victims of the practical joke the name Poisson d'Avril, or April Fish. But the theory can't explain why the pranking tradition spread to other countries in Europe that did not adopt the Gregorian calendar until later.

In Scotland, the butts of April Fool's jokes were known as April "Gowks," another name for a cuckoo bird . The origins of the "Kick Me" sign can supposedly be traced back to the Scottish observance of the day.

In more recent times, radio stations, TV programs and websites have set up gullible readers and listeners. One of the most notorious jokes was a 1957 hoax BBC documentary of the annual spaghetti harvest in Switzerland, featuring a family plucking strands of the pasta from "spaghetti trees." The Italian favorite was still considered an exotic delicacy in Britain at the time, and many listeners were so fooled that they wanted to find out how to get a spaghetti bush of their own.

On April 1, 2007 Internet search engine Google announced their new Gmail Paper service, where users of the free email service could save emails to a paper archive which Google would print out and mail for free. In 2009, Google invited people to sign up for a Mars exploration project.

So while you're surfing the Web or watching TV on April 1, be wary of what you see and read or you could end up an April Fool.

Got a question? Send us an email and we'll crack it.