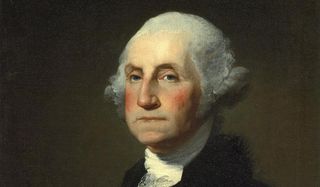 At the time, England and its colonies were following the Julian calendar , instituted in 46 B.C. by the eponymous Julius Caesar. By that calendar, Washington was born on Feb. 11, 1731. But in 1752, England switched to the Gregorian calendar, which is still in use today, and that threw everything off.

Why the switch? Because the Julian calendar's years were inaccurate, running about 11 minutes long annually. According to NASA, the Earth takes about 365.2422 days to go around the sun, or about 365 days, 5 hours, 48 minutes, and 46 seconds. (Technically this is the "tropical year," or the time spanning one vernal equinox to the next.) The Julian calendar tried to account for this by adding one extra day every four years a "leap" year making the average year 365.25 days long. That means every Julian year is too long by 0.0078 years, or about 11 minutes and 14 seconds. By the 1500s, these minutes had piled up, and the vernal equinox was arriving about 12 days earlier on the calendar than it used to. The Roman Catholic Church decided that this was unacceptable because Easter was becoming unhitched from its association with spring.

In 1582, Pope Gregory XIII put the Catholic world onto a new calendar, which bears his name. The Gregorian calendar has a leap year every four years except there is no leap year in years that are multiples of 100, unless that year is also a multiple of 400. This math which was impressively done before the invention of satellites and computers makes an average year 365.2425 days long, which is just 26 seconds off of NASA's calculation. Thus, the church that condemned Galileo in 1633 for saying that the Earth revolves around the sun had, more than 50 years earlier, produced a fairly precise measurement of the length of a solar year.

England was Protestant and took a little longer to adopt the Pope's calendar. It did so in two steps. First, it moved New Year's Day from March 25 to January 1, which advanced the calendar one year. Second, it cut 11 days out of the year to sync up with countries already on the Gregorian calendar. Thus, Wednesday, Sept. 2, 1752, was followed immediately by Thursday, Sept. 14, 1752, according to the National Archives in the U.K.

Washington's birthday was retroactively bumped up to 1732 to stay consistent with his age, and he celebrated his 21st birthday on Feb. 22, 1753. In doing so, he did not tell a lie the calendar date was different, but the Earth was in the same position it was when he was born.