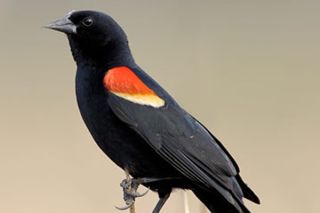 At 11:30 p.m. New Year's Eve in Beebe, Ark., red-winged blackbirds suddenly began to drop from the sky. By the next morning, up to 5,000 dead birds lay scattered throughout the town. What could have caused this bleak phenomenon?

Beebe Mayor Mike Robertson reportedly said that poisoning, illness or disease were not believed to be the culprit. Necropsies carried out on 17 of the bird specimens today (Jan. 3) revealed that the birds died of blunt trauma that damaged their vital organs, although the actual cause remains unknown. Their stomachs were empty, which rules out poison, and they died mid-air, not from impact with the ground.

"It's important to understand that a sick bird can't fly," Karen Rowe, an ornithologist with the Arkansas Game and Fish Commission told Time.com. "So whatever happened to these birds happened very quickly. Something must have caused these birds to flush out of the trees at night, where they're normally just roosting and staying in the treetops ... and then something got them out of the air and caused their death and then they fell to earth."

More so than other animals, birds, especially social species like red-winged blackbirds, are prone to group deaths. That's because they live and travel in large, usually tight-knit flocks. If something large kills one bird, there's a decent chance that it will also kill the birds to his left and right.

The bewildering number of deceased birds may be explained by fireworks going off in the area, which could have startled the birds from their sleep and caused them to die from stress , Rowe stated.

Another possibility is that the birds were struck as they flew in high altitudes in stormy weather . Such an occurrence isn't rare, and the birds' trauma points to the possibility that "the flock could have been hit by lightning or high-altitude hail," according to Rowe.

Weather anomalies and fireworks aren't the only thing that can wipe out a big group of animals in a single blow. In northwest Arkansas, an estimated 100,000 dead drum fish floated to the surface of a 20-mile stretch of the Arkansas River near Ozark.

"The fish kill only affected one species of fish. If it was from a pollutant, it would have affected all of the fish, not just drum fish," Keith Stephens of the Arkansas Game and Fish Commission told CNN.com, suggesting that some sort of disease is likely to blame for the mass fish death.