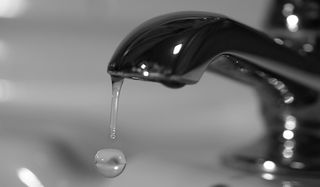 Your tap water might not be as clean as you thought. The Environmental Working Group recently found that the drinking water in 31 out of 35 U.S. cities tested positive for hexavalent chromium, a possibly cancer-causing toxin.

The dangers of the chemical were brought into the spotlight as the focus of the 2000 film Erin Brockovich, which was based on the true story of how the Pacific Gas and Electric Company accidentally contaminated Hinkley, Calif.'s drinking water with hexavelent chromium. A judge ordered the company to pay $333 million in damages, to be divided among the 648 plaintiffs who incurred illnesses as a result of chromium poisoning. Hexavalent chromium's status as a carcinogen, however, is still under review by the Environmental Protection Agency (EPA). Depending on the results, the EPA will consider placing a limit on how much of the substance can be allowed in drinking water.

Scientists are still determining the risk that hexavalent chromium poses to humans, but here are three toxins and pollutants found in tap water that have been proven to make you sick or worse.

1 ArsenicA semi-metal element, arsenic is odorless and tasteless. It can get into drinking water from natural ground deposits or as runoff from agricultural and industrial practices, including mining and coal burning.

Arsenic disrupts the cellular process that produces adenosine triphosphate (ATP), the molecule in charge of transporting energy throughout your body's cells so they can perform the tasks that keep you alive. If the dosage in the body is high enough, arsenic poisoning can eventually cause multi-system organ failure and lead to death.

The EPA has set a limit on arsenic in drinking water at .010 parts per million (ppm). (For example, 1 ppm equals 1 milligram per liter, or about the equivalent of one drop of chocolate in 14 gallons of milk.)

2 Radon A well-known carcinogen, radon is a naturally occurring radioactive gas that is odorless and tasteless. Produced by the breakdown of uranium and thorium in soil, rock, building materials and water, it poses a threat when inhaled in a gas, but also when it dissolves into a water supply.

Under the Safe Drinking Water Act, government reports have confirmed that radon is a serious public health threat and that that drinking water containing radon is related to increased risks of cancer deaths. The Centers for Disease Control estimate that 30 to 1,800 deaths per year are attributed to radon from household water.

The EPA suggests that individual water systems reduce radon levels in drinking water to 4,000 pCi/L or lower (picoCuries per liter, a standard unit of radiation).

Everyone is aware of the warnings about eating lead paint chips or have heard cautions about children's toys that are tainted with the metal, but lead's presence in tap water poses a threat as well. Natural lead deposits can erode into a water supply, but it mainly gets into drinking water as a result of corrosive plumbing materials that contain lead. This makes it difficult for the EPA to control or filter leaded water, since it can be caused by a house's old plumbing system.

Drinking lead-laced water can cause damage to the brain, red blood cells and kidneys, especially in young children and pregnant women. The EPA has established a lead limit of 0.015 ppm in drinking water.

To find out how clean your tap water is, go to the EPA's Local Drinking Water Information site.