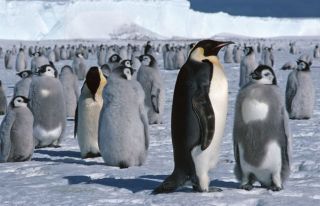 Monogamy is a rare bird in the animal kingdom, but some creatures do stay faithful forever.

It seems most of these couples stay together for the kids.

Sometimes offspring take a lot more care than can be provided by the mother alone , said Marlene Zuk, an evolutionary biologist at the University of California at Riverside. Like humans, some animals need investment from both parents. The offspring are going to be helpless for a long time and it's advantageous to coordinate care.

Certainly compared to lots of other animals we're pretty monogamous.

Here are a few other noteworthy monogamists: