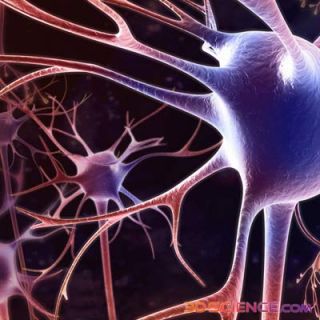 Artist rendering of neurons inside the brain. Courtesy of

Scientists have successfully selected and safely erased specific memories in a mouse’s brain, leaving others intact, it was announced today. The erasure can be done while a mouse tries to retrieve an individual memory, said Joe Z. Tsien, brain scientist and co-director of the Brain & Behavior Discovery Institute at the Medical College of Georgia School of Medicine. "While memories are great teachers and obviously crucial for survival and adaptation, selectively removing incapacitating memories, such as traumatic war memories or an unwanted fear, could help many people live better lives," Tsien said. Tsien's research team, in collaboration with scientists at East China Normal University in Shanghai, eliminated new and old memories alike by transforming information from a gene into a protein in increased quantity. The scientists used a particular protein critical to brain cell communication just as the memory was recalled, according to the study detailed in the Oct. 23 issue of the journal Neuron. An abundant protein found only in the brain, called alpha CaMKII, is a major signaling molecule for a receiving brain protein molecule called the NMDA receptor. Tsien found that when he over-worked the signaling protein while a memory was being recalled, that single memory was eliminated. Receptors such as the NMDA receptor are like front doors to cells, providing an opening for signaling molecules such as calcium. Synapses are the point of communication between two cells, and NMDA receptors are on the receiving end of the message. Like people, neurons change with the signals they receive. "Learning changes the way cells connect to each other," Tsien said. Scientists think that the signaling protein plays an important role during learning and subsequent strengthening of connections between neurons to create a memory. Much as a war veteran remembers a fateful patrol when he was fired upon, mice can establish a very long-lasting emotional memory about a place if, for example, they receive a mild shock to the paws while there. The researchers showed if they over-expressed the signaling protein, this powerful memory was rapidly erased as the animals tried to retrieve them while other memories remained intact. A similar approach was taken with object recognition memory, giving mice a couple of toys to play with then erasing their memory of one of them. "You will feel like every time, it's a new toy," Tsien said. While the ability to rapidly erase a selective memory is exciting, Tsien cautioned that its translation to humans would be difficult at this stage. "We are barely at the foot of a huge mountain," Tsien said. A possible strategy for humans would be a drug that mimics the signaling protein over-expression that researchers accomplished through genetic manipulation. The research was funded by the National Institute of Mental Health, National Institute on Aging and Georgia Research Alliance.