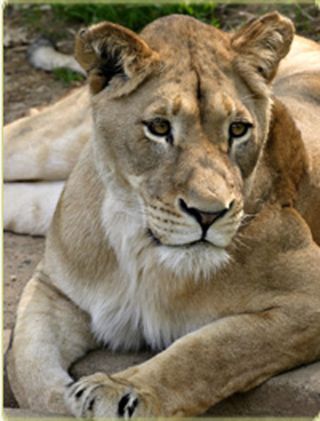 The Smithsonian National Zoo is well on its way to building its own lion pride, with three newborn lion cubs just added to the four that were born there three weeks ago.

The zoo's 6-year-old lion Nababiep gave birth to the three newest cubs three weeks after her sister, 5-year-old Shera, gave birth to four cubs. The newest cubs were born within three hours of each other and since then have been very active, and at least two appear to have nursed so far.

In May, Nababiep gave birth to a male cub, but it died two days later after a straw seed that became lodged in its lung led to pneumonia. The mortality rate for lion cubs in captivity in 2009 was about 30 percent, compared with a 67-percent mortality rate for cubs in the wild .

"The reality is that there are many risks associated with newborn cubs," said Craig Saffoe, interim curator of the zoo's Great Cats Exhibit. "One of the greatest risks is that the new mother will reject her cubs and not care for them, but we are encouraged by how naturally both of our female lions seem to have taken on the role of motherhood."

The zoo hopes to develop a pride of African lions (Panthera leo) with the cubs, their mothers and their father, Luke, a 4-year-old male lion.

Last week, the zoo gave Shera's four cubs their first examination and announced that all four were likely females.

It has been many years since the zoo had the right combination of animals by age and gender to develop a pride. Doing so successfully has required more than a year's worth of planning, extensive knowledge of the species' natural history and an understanding of the individual animals involved. The birth of the lion cubs marks the next step in building a pride, and keepers will slowly introduce the cubs to their aunts, their father and one another with the aim of eventually bringing all nine lions together.

"We are very proud to play a role in the management of this important species," said zoo director Dennis Kelly. "I am thrilled that everyone can watch the cubs in the very early days of their lives via our webcam. I know visitors to the National Zoo will be excited to follow the cubs as they interact with the adults, play with one another and grow up."