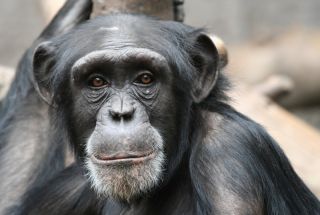 Brain organization, not overall size, may be the key evolutionary difference between primate brains, and the key to what gives humans their smarts, new research suggests.

In the study, researchers looked at 17 species that span 40 million years of evolutionary time, finding changes in the relative size of specific brain regions, rather than changes in brain size, accounted for three-quarters of brain evolution over that time. The study, published today (March 26) in the Proceedings of the Royal Society B, also revealed that massive increases in the brain's prefrontal cortex played a critical role in great ape evolution.

"For the first time, we can really identify what is so special about great ape brain organization," said study co-author Jeroen Smaers, an evolutionary biologist at the University College London.

Traditionally, scientists have thought humans' superior intelligence derived mostly from the fact that our brains are three times bigger than our nearest living relatives, chimpanzees.

But bigger isn't always better. Bigger brains take much more energy to power, so scientists have hypothesized that brain reorganization could be a smarter strategy to evolve mental abilities. [10 Odd Facts About the Brain]

To see how brain organization evolved throughout primates, Smaers and his colleague Christophe Soligo analyzed post-mortem slices of brains from 17 different primates, then mapped changes in brain size onto an evolutionary tree.

"The prefrontal cortex is a little bit like the CEO of the brain," Smaers told LiveScience. "It takes information from other brain areas and it synthesizes them."

When great apes diverged from old-world monkeys about 20 million years ago, brain regions tied to motor planning also increased in relative size. That could have helped them orchestrate the complex movements needed to manipulate tools — possibly to get at different food sources, Smaers said.

Gibbons and howler monkeys showed a different pattern. Even though their bodies and their brains got smaller over time, the hippocampus, which plays a role in spatial tasks, tended to increase in size in relation to the rest of the brain. That may have allowed these monkeys to be spatially adept and inhabit a more diverse range of environments.

The study shows that specific parts of the brain can selectively scale up to meet the demands of new environments, said Chet Sherwood, an anthropologist at George Washington University, who was not involved in the study.

The finding also drives home the importance of the prefrontal cortex, he said.

"It's very suggestive that connectivity of prefrontal cortex has been a particularly strong driving force in ape and human brains," Sherwood told LiveScience.