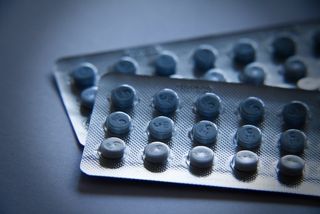 Researchers estimated the contraceptive use and unmet contraceptive need among married or cohabiting women of reproductive age for 194 countries between 1990 and 2010. The researchers defined an unmet need as the proportion of women who would like to delay or stop childbearing but who are not using any method of contraception to prevent pregnancy.

Global use of contraceptives by these women increased from 55 percent to 63 percent over the period from 1990 to 2010, while unmet need decreased from 15 percent to 12 percent, the results showed. Despite this, the researchers project that 233 million women will have an unmet need for modern birth control by 2015.

"The changes over time that we see — in terms of increases in contraceptive prevalence and reductions in need — are in the right direction," study leader Ann Biddlecom, a fertility and family planning researcher in the United Nations Department for Economic and Social Affairs, told LiveScience. "But there are still parts of the world where there remains a high level of unmet need for family planning."

The biggest surge in contraceptive use between 1990 and 2010 occurred in southern Asia and eastern, northern and southern Africa. Birth control usage was also high in developed countries, but decreased slightly in Western Europe, Australia and New Zealand.

Other areas showed a very low rate of contraceptive use. In central and western Africa fewer than 1 in 5 married women of reproductive age used any kind of birth control as of 2010.

The study shows the discrepancies of access to contraception in different subregions of Africa, Biddlecom said. Eastern and central Africa had similar rates of contraceptive use in 1990, but by 2010, the rate of use had grown twice as much in eastern Africa.

Most of the rise was in modern methods of contraception (such as condoms or hormonal forms of birth control), as opposed to traditional methods such as withdrawal before ejaculation or the rhythm method. Worldwide, 9 out of 10 married women using birth control were using a modern form in 2010. [Birth Control Quiz: Test Your Contraception Knowledge]

"Things have gotten somewhat better, but the reality is we have a ways to go," obstetrician/gynecologist Ronald Burkman of Tufts University School of Medicine, who was not involved in the study, told LiveScience.

Where there were gaps in the data on contraceptive use, the researchers used data from nearby countries to model the missing information. The study only looked at married or cohabiting women, but unmarried women tend to have even higher contraceptive needs, according to the researchers. In order to meet the worldwide need for contraceptive methods, increased investment will be necessary, they say.

The findings were detailed today (March 11) in the journal The Lancet.