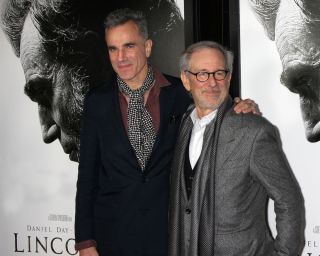 For many viewers, film depictions of history, such as Daniel Day Lewis's portrayal of Lincoln's efforts to pass the 13th amendment, can become the reality
(Image: © Helga Esteb / Shutterstock.com)

While watching the Oscars on Sunday, it's important to remember that Daniel Day-Lewis isn't actually Abraham Lincoln.

Several historical films are vying for the golden statue this year. While such films can be powerful teaching tools, they also run the risk of becoming the true history for many viewers, experts say.

"People learn the correct material in films really, really well," said psychology researcher Sharda Umanath of Duke University, who has studied student learning in historical films. "But the problem is they also learn anything that's false in a film."

This year, the Oscars are packed with nominees that recreate historical events, some more accurately than others.

Sens. Dianne Feinstein, John McCain and Carl Levin said in a statement that depictions in "Zero Dark Thirty" implying U.S. torture of detainees at Guantanamo Bay led to the capture of Osama Bin Laden were "grossly inaccurate and misleading." The movie also got flak for rolling many intelligence operatives into a composite character, Maya. [Medieval Torture's 10 Biggest Myths]

Other critics faulted "Lincoln" for minimizing the role of African-Americans in the abolition of slavery. And foreign film nominee "No," which used extensive archival footage to recreate Chile's 1988 referendum to remove dictator Augusto Pinochet, was faulted for attributing the success of a decade-long effort by activists and citizens to the genius of a lone advertising whiz.

These inaccuracies may be necessary to make the stories more compelling, but they can pose problems for viewers who believe the movies portray historical facts. The adage that a repeated lie becomes truth holds water, according to a classic 1977 study in the Journal of Verbal Learning and Verbal Behavior. People who were repeatedly presented with lies over several weeks were more likely to believe they were true.

That can happen even if people know the truth. David Neil Rapp, a cognitive psychologist at Northwestern University, has found that when people are told stories that include facts they know are wrong, such as "the capitol of Illinois is Chicago," they will use that wrong knowledge on a quiz given afterward.

For thorny issues like the depictions of torture in "Zero Dark Thirty" or the film's composite character Maya (a CIA officer), that can be especially problematic, Rapp told LiveScience.

"When people think about the issues, they draw upon all the knowledge they have," including things they've seen in movies, history books, the news, or even "The Daily Show," Rapp said. "All this stuff gets mixed up in your head, it's like a blender."

People are bad at remembering from where they got the information, making it tricky to separate fiction from reality.

In a study last year, Umanath's team found that when students are shown clips of movies like the war drama "Glory" or the period piece "Amadeus," they tend to remember the Hollywood version, even if they already know the true history. And when asked to spot the flaws, most students only notice about 35 percent of them.

While historians may not be taken in by inaccuracies, most viewers will unknowingly absorb incorrect information.

Still, Umanath's research has shown that viewers could "inoculate" themselves against false beliefs by being reminded immediately after the fact of inaccuracies.

Paying intense attention to information sources and constantly reminding themselves of that fact may also help.

"When I see 'Zero Dark Thirty,' I'm supposed to, as I'm learning that information, somehow remind myself, 'I'm watching a movie, this is a movie,'" Rapp said.

"Why would I do that? This would take me out of the movie" he added.